Both events are annually held in Pennsylvania.

Little League International can trace its origin to 1939; Pony Baseball was first organized in 1951.

The San Diego County-based Tecolote Red all-star team came within one win of advancing to this year’s Pony-14 championship series.

Both events are annually held in Pennsylvania.

Little League International can trace its origin to 1939; Pony Baseball was first organized in 1951.

The San Diego County-based Tecolote Red all-star team came within one win of advancing to this year’s Pony-14 championship series.

The team proved to be a contender in all four tournaments in which it competed this summer, including last weekend’s elite West Zone tournament in West Hills.

As a matter of reference, the Pony West Zone tournament is equivalent to Little League Baseball’s Western Regional tournament in San Bernardino that will crown its champion on Saturday.

But it was a fun ride for the San Diego group, which started summer all-star tournament play with an undefeated 9-0 record and finished 13-2 overall after a gritty 3-1 showing at the West Zone tournament.

Both Tecolote losses were to Pony World Series qualifier Long Beach, which had previously defeated the San Diego team, 14-2, in the Southern California Super Region tournament finals July 30 in Lakeside.

“What made the Tecolote all-stars so successful this summer was the great coaching and camaraderie,” Martinez said. “We could count on each other to make the plays and still have fun!”

The team went through the opening two rounds of the all-star playoffs undefeated and almost made it unscathed through three rounds of playoff competition before finally tasting defeat for the first time in the loss to Long Beach on July 30.

The top two teams from the Super Region tournament advanced to the West Zone tournament. Tecolote captured second place in the tournament with a 6-5 win over Lakeside in a consolation bracket matchup on July 31.

Tecolote finished 3-0 in the four-team double-elimination tournament by also posting wins over Paradise Hills (13-0 on June 26) and Chula Vista South (5-2 on June 28).

Chula Vista South doubled up the Fallbrook Apaches in the elimination bracket final to draw a championship rematch with Tecolote.

The section champions advanced to the Southwest Region tournament hosted July 13-15 by Lakeside. Tecolote finished 3-0 in that tournament as well to win it.

Emerald defeated Chula Vista North, 17-8, in the elimination bracket to draw a second matchup against Tecolote.

Tecolote played a total of five games in the Super Region tournament.

The 16-team Super Region tournament was broken into two divisions each with eight teams.

Long Beach, likewise undefeated with three consecutive wins in its bracket in Covina, topped Tecolote in the Super Region championship game to advance to the West Zone tournament.

The loss forced Tecolote to play a runner-up game the following evening against Lakeside, which defeated Ventura, 6-3, earlier in the afternoon.

In the win over Lakeside, Tecolote scored six runs on 11 hits while making two errors.

The Tecolote all-stars scored three runs in the third inning, with Campagna, Nunes and Martinez powering the big inning each with a RBI.

Campagna, Sardo and Bibler each collected multiple hits for Tecolote in the game. Campagna led the team with three hits in four at-bats.

Tecolote won its opening three games at the West Zone tournament to advance to the championship game.

Tecolote got out to a fast start by topping Ceres in its first game last Thursday, making the most of two hits to defeat the Blaze 4-0.

Bibler accounted for four RBI in the game to lead Tecolote. Meanwhile, Taylor pitched seven innings, throwing 20 first-pitch strikes while scattering six hits to pick up the win on the mound.

Tecolote scored all four of its runs in the bottom of the fifth inning to snap a scoreless deadlock.

Tecolote survived an early scare in a semifinal rematch against Ceres on Saturday, winning 8-5 to advance to West Zone Pony-14 championship game

Tecolote then tacked on three runs in the bottom of the sixth inning to complete its comeback victory and, in the process, advance to Sunday’s West Zone championship game.

Tecolote improved to 3-0 in the West Zone tournament while the Blaze was eliminated with the loss.

Meanwhile, Long Beach, which opened the tournament with a 20-0 win over Washington last Thursday, eliminated Utah on the strength of a 13-3 win on Saturday morning and then forced a semifinal rematch against Maui with a 2-1 win over the Hawaii team later that evening.

Three teams remained in the tournament heading into the final day of competition: Tecolote (3-0), Long Beach (3-1) and Maui (2-1).

Long Beach poured across five runs in the top of the seventh inning in Sunday’s semifinal matchup against Maui to escape with a 13-10 victory and advance to meet Tecolote in Sunday afternoon’s championship game.

Long Beach led 5-0 early in the game before Hawaii erupted for nine runs in the bottom of the fifth inning to take a 10-8 lead.

Vincent Iwamura led Maui with three RBI in the loss, which eliminated the Hawaii team from championship contention.

Long Beach’s bats had little time to cool off and they didn’t as Long Beach proceeded to top Tecolote in the championship game to earn the West Zone’s single bid to the 2018 Pony League World Series.

The San Diego team took a 1-0 lead in the bottom of the second inning but Long Beach quickly countered with three runs of its own in the top of the third inning. 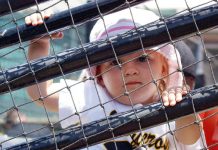 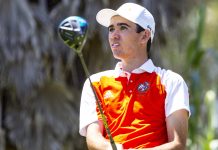