Over the past three years, my Office has prosecuted more than 20 hate crime cases, which is both too many and too few.

It’s too many because each hate crime is an attack on someone for no reason other than who they are. No one in San Diego should feel targeted or harassed because of their disability, gender, race, religion, ethnicity, gender identity, sexual orientation, or for belonging to any other protected class.

It’s too few because we know that most hate crimes are never reported and so can never be prosecuted. Hate crime victims are reluctant to come forward for a variety of reasons, including embarrassment, fear of retaliation, and distrust of authorities.

As City Attorney, I implore anyone who has been a victim of a hate crime to report it to law enforcement. Hate crimes are rarely isolated. Offenders who get away with it once are likely to reoffend. As misdemeanor prosecutors, we know that stopping haters early may prevent later, more serious crimes, including felonies.

When a case is brought to my Office, we take it seriously. We work with victims to ensure the best outcomes for them. We listen and we seek justice. We can help you.

A hate crime is defined as a crime against a person, group, or property motivated by the victim’s real or perceived protected social group.

Examples include threats, both verbal or written; physical assault or attempted assault; and hate-related graffiti, including swastikas and other offensive symbols.

• One recent case that received a lot of publicity involved an Ocean Beach man who struck and verbally abused a Latino SDG&E worker who was monitoring a roadblock, yelling at him to go back to his country and to “speak English.”

• Another current case that will be going to trial soon involves a man who was verbally and physically abusive to an autistic transgender person living in the same apartment building. The perpetrator disparaged the victim by mockingly calling him a “freak” and a “weirdo” and referring to the victim as “she” even though his preferred pronouns are he and him.

• In one particularly violent attack, a man brandished knives at four victims, threatening to stab them while stating, “I hate Mexicans.”

• Some perpetrators attack multiple groups at once. A recent case involved a man who battered an employee at a Hill crest café, employing an antigay slur and then drawing a swastika on the restaurant window.

• At least half a dozen prosecutions involved people yelling the “N-word” at Black victims, which constitutes a hate crime.

As cruel and disturbing as these cases are, victims should rest assured that our Office will always stand up against bullies and haters. If you have been subjected to a hate crime, please know that we are here to protect and to help you.

Our Office works with state and federal agencies to ensure that anyone committing a hate crime is prosecuted to the fullest extent of the law.

What to do if you are the victim of a hate crime:

If you have been assaulted, contact 911 or go to a local hospital if you need immediate medical attention. You can also report hate crimes to the San Diego Police Department by contacting the San Diego Police Department’s 24-hour number for non-emergency calls and general information at (619) 531-2000. Call (858) 484-3154 if you live in the 858 area code. Or you can file a crime report online at www.sandiego.gov/police/crimereports/startaccess.

Preventing the next school shooting 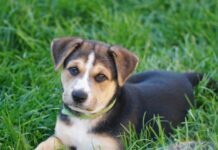 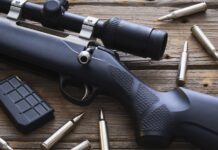 Be careful, we haven’t seen the last of COVID