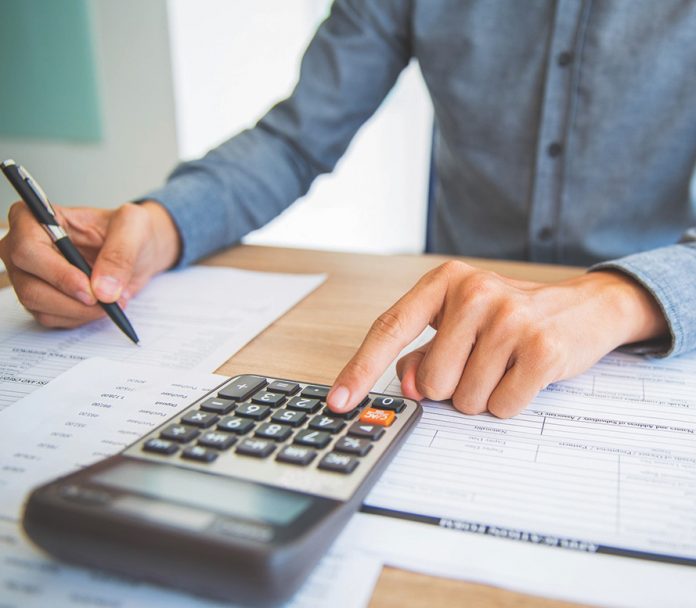 The first installment of property taxes for homeowners and businesses were due on Dec. 10 without facing a 10% one-time penalty fee. There are 1,04,808 tax bills that are expected to generate $7.27 billion for local cities and the county. This first installment should bring in $3.54 billion. As of Dec. 4, $1.1 billion had been received by the Treasurer-Tax Collector San Diego County, leaving $2.5 billion left to pay.

The TTC did not give an extension due to the COVID-19 pandemic. Small business owners and homeowners who cannot pay property taxes on time due to the pandemic must submit a penalty cancellation request, along with their payment and provide printed evidence to prove that the pandemic impacted their ability not to pay.

San Diego County Treasurer-Tax Collector Dan McAllister said the governor’s executive order allows small business owners and homeowners to submit a penalty cancelation request until May 6, 2021. When they do file the request, payment must be included along with printed evidence proving how they were impacted by COVID-19 and must be done in a timely fashion to conform with the governor’s order.

“We would have a hard time saying to anyone until after Dec. 10 was even delinquent on their payment because it isn’t over until it is over,” he said. “After that we will process those that are in the mail that could arrive one to three weeks. People send them from all over the country because they own property here.”

McAllister said online payments available due to its offices being closed during the pandemic has been helpful. He said this past year, just under 65% of all taxes have been paid online or electronically.

“Many people are on the brink of very heavy financial loss all due to the pandemic,” he said. “By sharing their books, sales and the things business often do for lending or other purposes it would paint a fairly bleak picture that would obviously be tied to this pandemic.”

“We are not out to gouge people, to harm people,” McAllister continued. “We empathize with the difficulties people are having now and we want to be very lenient of what we will accept as those reasons for granting the waiver. In the past, a typical year had 500 to 800 requests. This year we are well over that, but in part that is because the extended period [by the governor] has been in place.”

McAllister said 4,675 property owners have filed a penalty cancellation request since the beginning of the pandemic. Of those, 57.5% have been approved and 42.5% have been denied. He said the reason for most denials is people turned in incomplete or missing documented forms. The percentage point is less than 0.5% of waiver requests.

“If they send a form with no reason or explanation of why they were late as a result of the pandemic, then it goes back to the person and they are free to send in another request,” he said. “One of the big stumblers is some people think they should just apply for the waiver without sending in their payment and law requires they send in their payment with the request for forgiveness and then it will be taken up on a case-by-case basis.”

McAllister said the TTC can work with taxpayers if they have gone into default. He said there is some sense that is something is late, it is in default, but that is not necessarily the case.

“I am very proud of San Diegans,” he said. “Unlike other jurisdictions that I am aware of in many cases, our residents are very good in living up to what is expected and doing the right thing which means in our case, paying their taxes. We have very few delinquencies. Before this past year for six years in a row we have had over a 99% collection rate. This past year was a little bit off because of what happened in the spring, but we still ended the year at 98.6%. These are very good numbers for collection.”

The TTC fiscal year ends June 30. As of the end of the fiscal year it had $41 million of property tax bills go into default.

“That is a lot of money to most people, but relative to what we intend to collect this year, which is well over $7 billion,” he said. “It is a very small percentage.”

McAllister said to the credit of count policy makers, there are reserves in place.

“Unlike other counties in among the 58 counties in California, we have had reserves and money there in case of those rainy days and I guess you could argue that this is a super rainy day with the pandemic,” he said. “But nevertheless, we have been able to take care of things. All the monies that we collect do not stay with the county. The money goes to fund school districts, first responders, critical services, including public health that benefit the public. Those monies come from property taxes.”

McAllister said around March everyone was looking at the numbers and hoping it could make the 98-99% collection rate again. He said at that time it did not look feasible.

“There were a lot of good wishes and thoughts saying please let us get to that point where we need to be,” he said. “Sure enough, the people of San Diego stepped up, paid what they needed to pay by and large and ended up with a 98.6% collection rate. This is just the first part of the cycle we are seeing this week with taxes due and it is important for people to step up and pay. And they will, based on history.”

Now Accepting Nominations For El Cajon Veteran Of The Year