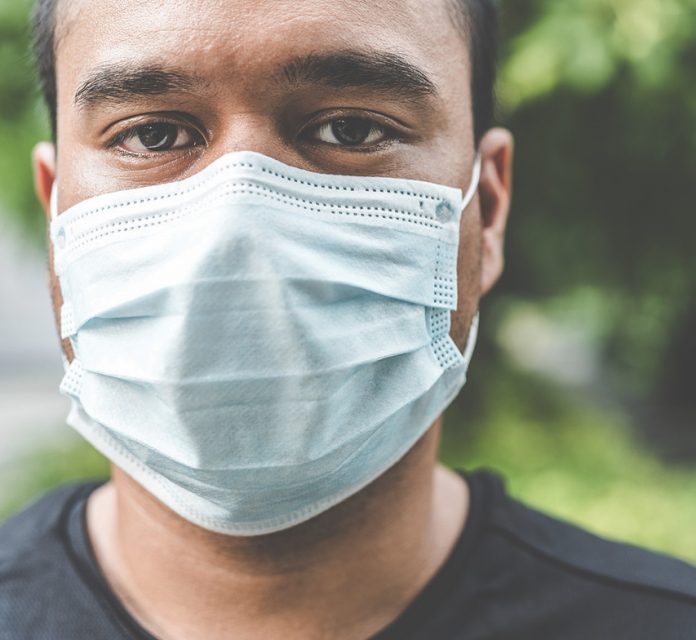 Ten out of the first 20 confirmed United States COVID-19 cases occurred in California, with the first San Diego County case reported on March 9, 2020. Within days, the County of San Diego put out a release which said “planning now helps you act more effectively to protect you and your family if COVID-19 does spread locally”.

When elected officials and local leaders were asked what a year of hindsight has revealed, they repeatedly praised community efforts and said local measures were and continue to be far more effective than political edicts handed down from higher levels of government.

“The state and federal government certainly do have a role to play, particularly with funding, but it’s at the local level where much of the heavy lifting gets done,” State Senator Brian Jones said.

“The prior administration has taken a great deal of criticism for not nationalizing the COVID-19 response,” Jones said, but he also asserted it would be incorrect for the federal government to dictate state mandates because “that’s not how our system of federalism is set up”.

It is too easy to blame the federal government,” Jones said— he believes the way the state worked with counties is more problematic, affecting seniors, students and small business owners.

“Protecting seniors, particularly those living in nursing homes or senior facilities should have been priority one for the state at the start of the pandemic,” Jones said.

With over 12,000 confirmed deaths attributed to COVID in senior citizens to date, Jones said Gov. Gavin Newsom, in retrospect, did not adequately consult with legislators and establish a plan early on for senior facilities.

At the other end of the spectrum, students have also suffered, he said, from closures that have stretched on too long and reopenings that are defined by as little as one on-campus day of learning per week in some districts.

Although some have gradually increased campus time as allowed under public health directives, the reality is that due to government orders, many students have crept through a year’s worth of curriculum without stepping foot in a classroom.

“The lost year in California students’ education is a great tragedy. We’re seeing some districts here in San Diego county who are trying to reopen but the state and union leaders are telling them ‘no’,” Jones said.

One East County exception is Alpine Union School District, a district of about 1,700 students that has offered on-campus classes in some capacity since the beginning of the school year. It is the first in the state to have every teacher vaccinated in part, Superintendent Richard Newman said, because they relied on local community ties rather than waiting for top-down directives.

“Southern Indian Health council reached out first with Viejas reservation and now Sycuan, offered to help get all our teachers vaccinated and within 24 hours, we were able to get our staff organized and slated for immunization,” Newman said, a feat that had nothing to do with county or state officials.

“We waited for the state to make a decision with coordinated strategy and they never did. We learned you can’t wait for what the state says to do, you have to figure out what your community needs,” Newman said.

Prior to vaccine approval, the district worked out solutions that focused on whole families.

“From the beginning, food scarcity was huge: we started handing out meals on March 16, 2020 and we’re still trying to arrange food around our families. I had a man, with tears in his eyes, thank us for making sure his family had food and there were many nights where I felt the gravity of our role as a district, not just for students but for struggling families,” Newman said.

When a commercial freezer filled with about $20,000 worth of food slated for community distribution malfunctioned, other districts stepped in and offered to temporarily store the food for free but it would have meant turning hungry families away. Instead, Newman said, they brought in “probably $1,500 worth of dry ice” to keep the food in Alpine as the pre-pandemic goal of storing food has shifted to food distribution in a time of dire need.

“The need for internet access was another big thing. I don’t even know how many internet hotspots we’ve handed out, or Chromebook laptops for families— we really didn’t know what was behind the veil before the pandemic,” Newman said.

As the 2020-21 school year started, the district created learning pods where up to 12 students legally gathered together for distance learning under parent supervision, a structure Newman said allowed several parents to maintain their work schedule and benefited all the families.

“I relied on our local leaders when our state and national leaders had no coordinated policy or strategy,” Newman said.

County Office of Education leaders and the county public health nurses were “unsung heroes,” he said simply because they were available at any time to answer questions when state officials would not return calls.

Finally, perhaps not a new lesson learned, but a retrospective observation: politicizing solutions is counterproductive.

“Opening schools doesn’t mean you’re on the right or against a union. I think we could have had a national strategy, honest discussions that weren’t politicized all over the place,” Newman said.

While school district leaders spent the summer months creating plans for distance learning informed in part by public health directives, local businesses looked to the same county and state leaders for support throughout a series of changing restrictions.

The California Employment Development Department processed $55.1 billion in unemployment benefits between March and July, 2020; San Diego county currently sits at 8% unemployment, about average for the state of California.

“While the governor and the Legislature provided some funding for businesses and the unemployed, it is nowhere near enough. The state is finally starting to put some real money into helping small businesses and their employees but unfortunately they caused much of the crisis by unnecessarily shutting down these businesses in the first place,” Jones said.

La Mesa City Manager Greg Humora said he believes city staff have done their best to support the local business community no matter what different levels of government have passed down to them.

“There’s a lot of interpretation on what we have to do and each city interprets things a little differently, trying to get the implementation right.  A legislator puts a law in place but it takes awhile to implement policy locally. We take direction from the county who takes direction from the state. We’re not creating rules, just implementing what was provided to us,” Humora said.

Early on, he said, they waived business license fees for a year, provided free dropoff and pickup zones in the villages with no parking fees or permit fees at parking lots.

“As things have changed, we’ve made the public right-of-way available for outdoor dining space, said restaurants could use their private parking lots for dining. Essentially, if someone asked us for something we’d do our best to guide them,” Humora said.

Even in East county, neighboring communities fared differently under COVID-19 restrictions that local municipalities could find-tune to a certain extent. City managers, Humora said, are a “tight-knit group” who meet and communicate regularly but ultimately enact policies that best serve their own communities as legislation is not the same as implementation.

That interpretation and implementation might look different on opposite sides of a municipal boundary, and has the potential to drive community development.

For example, La Mesa Chamber of Commerce President Mary England said after El Cajon Mayor Bill Wells directed local police to hold back from citing local businesses that opened their doors to customers, she began receiving phone calls from local business owners asking if there was any similar directive in place for La Mesa.

Humora also said internally, city employees were able to effectively pivot in the first days of the pandemic because they are a small organization and quickly transitioned the community services department into a day camp for employees who were affected by school closures.

It is a success point for La Mesa, which had an extra challenge layered onto struggles born from the pandemic: a peaceful protest that devolved into a riot and triggered months of civil unrest. What began as an afternoon protest on May 30 ended with several buildings burnt to the ground and local businesses that were already struggling looted through shattered storefront windows.

“The pandemic had hardened us to the point where we were better equipped to deal with the adversity the civil unrest presented us with. It was incredibly challenging and the pandemic pales in comparison to what we had to deal with,” Humora said.

“I don’t know what (then District 2 Supervisor) Dianne Jacob could have done differently for us during COVID than any other East County community, Lakeside or Alpine. This was probably one of the first times she ever had to deal with civil unrest in her tenure but there we were, everything shut down, emergency curfews in place, everyone at home, and… emotions everywhere,” England said.

There was a sense of violation throughout the city, she said, that encompassed the pandemic, employees that were struggling, businesses that lost five Saturdays to subsequent protests, elected leaders who had no good options, a weariness.

And yet, there is a sense of being somewhat on the other side. San Diego County Sheriff Lieutenant Ricardo Lopez said they began leveraging virtual platforms to connect with communities in April.

“Nothing is the same as having in-person conversations where you get an opportunity to connect directly with an individual,” Lopez said but by summer they began using virtual forums to discuss policing the protest movement that took root in La Mesa and Santee.

The County Board of Supervisors has already agreed to set aside $30 million to help small businesses spend another $20 million for essential workers, and is holding virtual community forums to solicit feedback on plans.