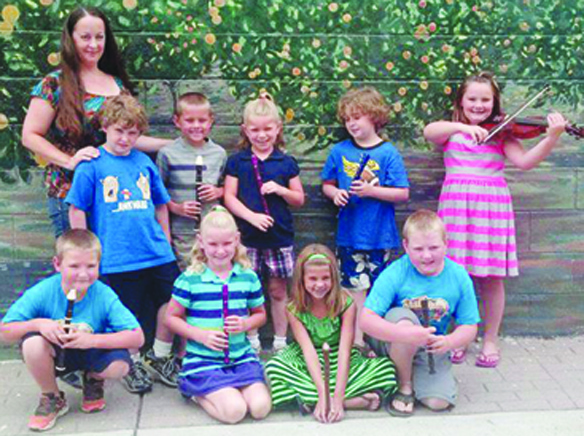 It all began as a mother helping her son’s teacher with music in the classroom. She went out and bought inexpensive recorders and began teaching music to very young students at Lakeview Elementary in Lakeside. Something Gail Nelson later found out was out of the norm.

It all began as a mother helping her son’s teacher with music in the classroom. She went out and bought inexpensive recorders and began teaching music to very young students at Lakeview Elementary in Lakeside. Something Gail Nelson later found out was out of the norm.

“There is no curriculum for that age group,” she said. “The running belief is that they are too small to handle the recorder and too young mentally for formal music. I didn’t know that at the time, so I had no preconceived ideas.”

Now she sees children twice a week at Lakeview Elementary for one-half hour lessons. Hired by the school after a huge success in her first year, she is nearing her fourth year in teaching the program.

Nelson said learning music is not and should not be expensive and needs to be part of education. She works primarily with kindergarten and first graders, but teaches older children violin. She said she believes one reason kids are not interested in music when they get older is that they are not introduced to it when they are younger.

Wendy Yordt has three children, Wendy, Robbie and Ryan that went through the program and said it is amazing what the studies are showing now.

“We are seeing language correlations because of the rhythm of music has a syntax just like written language does,” she said. “The math correlation has always been there and if you think about it, it makes sense. Music, songs and drums are one of our earliest forms of communication as a species.”

Taira Holden began with a recorder when she was young and later moved to the clarinet, and now her daughters Brittany and Brooke learned the recorder with Nelson. She said studies show that when music is taught at an early age it boosts a child’s intelligence and that her girls look forward to the music days with Nelson. She said the third grade piano teachers love it because by the time they begin, they already know how to read music.

Nelson is writing a book for parents about how to teach music to young children. She said people have a complex that music is this big mystery, unachievable and cost a lot of money.

“But nothing could be further from the truth. Basic music is not hard, it is all in the way you approach it,” she said.”So they get a boot camp through the book and they can pass it on to their kids. And it is with recorders, such a basic little instrument, inexpensive and used as a big message to give them a good foundation.”

Nelson said music helps a child’s cognitive senses and administrators from other districts come to the school asking her how she teaches music to children so young.

“They love to learn and you work with them one at a time,” she said. “But it goes beyond that. I have faith in their ability to rise to that occasion. I expect them to do their best and that is my only rule in class. It works for them.” 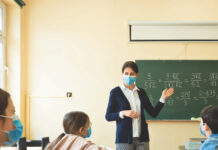 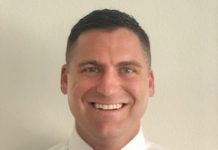 Grossmont College OTA students use ingenuity to help the disabled