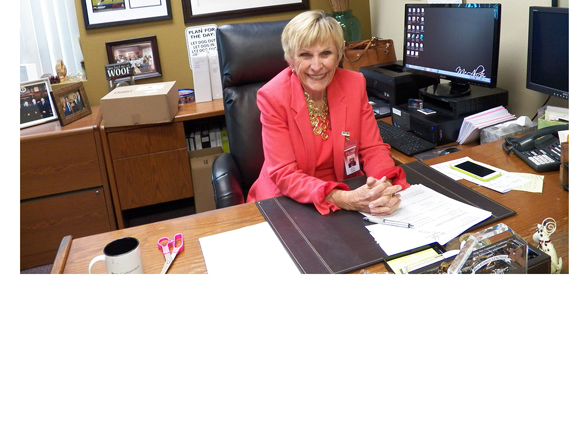 In many families, the holidays bring far-flung members together again after a long time apart. And Jeanne McAlister, founder and CEO of El Cajon’s McAlister Institute, advises that amid catching up with family and close friends, a few telltale signs of different or unusual behaviors could indicate that a loved one is suffering from addiction.

In many families, the holidays bring far-flung members together again after a long time apart. And Jeanne McAlister, founder and CEO of El Cajon’s McAlister Institute, advises that amid catching up with family and close friends, a few telltale signs of different or unusual behaviors could indicate that a loved one is suffering from addiction.

McAlister would know. November 23 started her 59th year of living clean and sober. McAlister had begun having what she described as “a lot of problems” during her mid-20s, which she initially did not see as linked to her drinking and drug use. After her therapy and recovery from addiction, McAlister discovered that not only did she have a passion for helping others trapped in the addiction cycle, she also had a talent for it. A psychiatrist-mentor trained her, believing that her life experience in recovering from addiction had equipped her as much or more than formal education in substance dependency treatment. McAlister has dedicated her renewed life to providing generous, comprehensive support services to those battling to achieve and maintain sobriety. She is now 83.

McAlister said of her journey, “You need to learn balance.” She admonished against the common fallacy that stigmatizes addiction as a choice or as weakness.

“Alcohol and drugs take your mind away,” she said. “Nobody chooses to be an alcoholic.”

She further noted that addiction is most often accompanied by personal psychological problems. In her own case, she experienced depression in tandem with addiction.

What are the signs and symptoms that could mean someone close is suffering from addiction? Alcoholics fail to show up for appointments. They gulp down inebriating beverages rather than sipping them. They slur their words. Be on the lookout for personality changes. School-age addicts are often newly secretive, use “code words” in their speech, and miss school. Youthful substance users may be caught stealing drugs from the family medicine cabinet. Methamphetamine abusers have skin and dental problems and seem inordinately jumpy. Heroin addicts walk more slowly than before, tend to nod off at inappropriate times, and are prone to excessive itching.

Moreover, opioid addiction in general is a growing problem that often goes unrecognized and is largely left untreated. Opioids include prescription painkillers and heroin. A recent study published in the Journal of the American Medical Association reported that despite growing rates of opioid addiction, treatment rates remain unchanged. The study found that over the last decade only one-sixth of those with an opioid addiction actually received intervention and treatment. Such addictions may start with a needed physician-provided prescription to remedy pain but graduate to a full-blown heroin addiction. According to McAlister, the prescription pain drugs are expensive on the street, while heroin, as an illegal drug, is cheaper. Withdrawal is “very difficult and very debilitating,” she continued.

The McAlister Institute programs most frequently treat alcohol addiction, with meth and other stimulants second, followed by heroin and prescription drugs. “Recovery works,” McAlister was emphatic. And she recounted that she is unfazed when an addict leaves treatment and relapses.

“People do come back,” she said. “After being with us, they know there is another way. Recovery is kind of catching. With kids especially, recovery may take eight times of intervention. The holidays are very tough. Don’t make fun of people who are not drinking. There is a lot of social pressure to join the party. Let people decide for themselves about alcoholic drinks.”

“Just as many people die of addiction as of breast cancer,” she said. “The same numbers of families are affected. People don’t make the choice to be addicted.”

The McAlister Institute has had an impressive record of success. After incorporating the institute, McAlister’s treatment enterprise at first had a single contract with San Diego County. Not long afterward, the institute in the 1980s developed an innovative shelter program for women in treatment and their children, called “Kiva,” among three programs. The McAlister Institute now has 22 different programs.

“We welcome people and treat them with dignity and compassion,” McAlister said in explaining the institute’s effectiveness. “We remind them that they are not bad people.”

And she spoke of her own thankfulness.

“God runs this organization. He’s been very good to us,” she said. “We see lots of miracles. I wish people could watch that happen. You can’t not believe it when you see it. In recovery, God makes them beautiful.”

The McAlister Institute offices are located at 1400 N. Johnson Avenue, Suite 101, in El Cajon. More information is available by phoning (619) 442-0277 or through online research at www.mcalisterinc.org. The institute provides individuals and families who caught in the cycle of addiction with affordable, life-saving treatments. Tax-deductible contributions to the institute go toward such support services as substance abuse treatment, mental health counseling, life skills education, and vocational skills training.

Santee’s Concert by the Lakes provides services to local youth and...