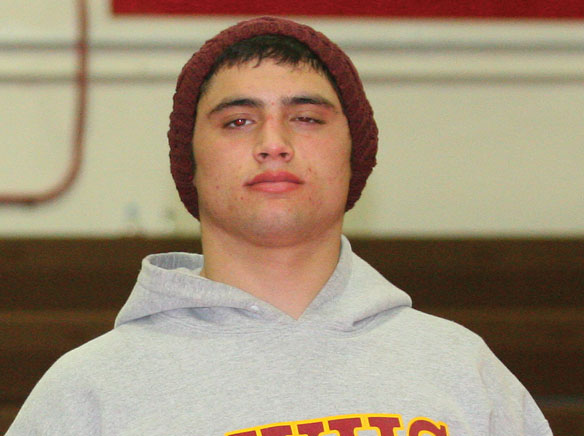 Mt. Miguel coach Vic Richmond said the goal for the two Matadors is a berth in the California state championship tournament to cap the 2012-13 season.
“Both of them are real keen on winning Masters,” Richmond said.
That would be the San Diego Section state-qualifying tournament.

Josh Tausaga finished fourth at last year’s San Diego Masters while Miracle was seventh. The top three place-winners in each of 14 weight classes at Masters advance to the state meet.

Both Matador upper weights improved to 5-0 after their first tournament competition of the season.
Offseason competition in state and national-level USA Wrestling events has obviously paid dividends.
Miracle Tausaga recorded two pins and a 3-0 upset decision over West Hills Abdiel Meza in the championship match; Josh Tausaga scored a 51-second pin in the semifinals before defeating Monte Vista’s Messai Small, 5-2, in the title bout.

Monarchs coach John Liljestrom said the team’s goal of finishing on top at the section divisional championships has not changed. “If we can get a full team together, we have a good shot,” Liljestrom staid. “But keeping guys healthy has been a problem so far.”