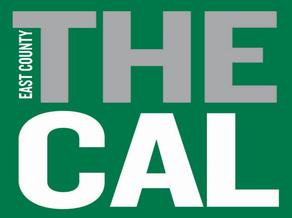 My name is Robin Peterson. In 2005/2006 I was Robin Rosenberg-Kubek, mother of Benjamin Kubek, a beautiful and gentle young man, living with a poor life prognosis due to cirrhosis of the liver caused by Cystic Fibrosis. In January of 2006, Benjamin was 19 years old and spent the vast majority of his existence in hospitals hooked up to so many bottles and bags, it usually required two IV poles to manage all the paraphernalia.

My name is Robin Peterson. In 2005/2006 I was Robin Rosenberg-Kubek, mother of Benjamin Kubek, a beautiful and gentle young man, living with a poor life prognosis due to cirrhosis of the liver caused by Cystic Fibrosis. In January of 2006, Benjamin was 19 years old and spent the vast majority of his existence in hospitals hooked up to so many bottles and bags, it usually required two IV poles to manage all the paraphernalia.

Susie, the daughter of the late Dr. John I Peterson, a pioneer in the field of biomedical engineering and originator of life-saving research on transplant innovations during his tenure at the National Institutes of Health, became very involved in Benjamin’s case. Because of her father’s work, Susie was well aware of the advances in transplant surgery and also became very familiar with the type of transplant surgery Benjamin would need in order to save his life.

At this time in 2006, Benjamin had been on the transplant list at UCLA Medical Center for about 3 years, with no relief in sight. According to Benjamin’s doctors, a liver transplant could be very successful and give him several years of life; however, getting a liver in California seemed to have odds somewhere between “slim” and “none.” While hospitalized at UCLA, I happened to read an article in the Los Angeles Times Sunday newspaper about transplantation in the United States. UNOS, the United Network for Organ Sharing, and the keeper of all things transplantable, characterized the many designated regions for organ sharing in the US. New Jersey, for instance, was characterized as being extremely donor-poor; the chances of receiving a transplant there was almost non-existent. Florida, however, was characterized as a small region and extremely donor-rich. Because Florida received all livers from Puerto Rico, which had no transplant center at the time, as well as donations from its own region, Florida was able to transplant while patients were still moderately healthy. Since the liver can regenerate itself, a sub-par liver could be given to someone earlier—and not so sick—with very good results. The average wait for a liver in Florida was estimated as about 6 weeks.

At this time, my health insurance was California-based and they were refusing to pay for a transplant anywhere except California—where we weren’t getting a liver! That’s when Susie stepped in. If I were to take Benjamin to Florida without benefit of insurance, the Kennen Foundation was willing to pay for it. I would have needed at least $50,000 just for a “down payment.” One of the mandates of the Kennen Foundations was to carry on with Dr. Peterson’s research and Susie felt this qualified. All of Benjamin’s doctors agreed that he stood a much better chance of receiving a transplant in Florida.

Benjamin and I left for Florida the end of August 2006. We went on faith. We started out in Jacksonville Beach, FL at the Mayo Clinic. After examining him, the Mayo turned down our request for transplantation due to Ben’s many co-morbidities. About a month later, I had Ben in Gainesville at Shands Hospital at the University of Florida. They had performed a liver transplant months earlier on a young girl with Cystic Fibrosis with great results. Ben, they felt, could be successfully transplanted. That’s when things got sticky. Kennen Foundation was locked in a battle with Bank of America over funds the Bank had misappropriated. Without the money, Shands would not put Ben on their transplant list. My California health insurance would pay for Ben’s hospitalizations only because he was admitted to the hospital through the emergency room, but would not commit to financial responsibility for a transplant. Over the course of a few months, my son got progressively worse and the team at Shands kept questioning me over funding. Finally, they decided they wouldn’t put him on the list and was preparing to send him home to die. A couple of interns at Shands were appalled at this and told me about the transplant program at Jackson Memorial Hospital in Miami. I managed to get a referral, and we went to Miami in January 2007. In the interim, we spent time in several other hospitals as Ben got sicker.

Benjamin got progressively worse, even with the expert care provided by the University of Miami transplant team doctors. Finally, we simply lost the battle. Had we had the money while we were in Gainesville, Shands would have put Ben on their list immediately and he would have had a shot at a life before he got so sick that a transplant was improbable. I don’t know how much longer he could have lived, all I know is that he wanted to live, and in my heart I feel that Bank of America, by their gross misconduct and refusal to right a wrong they perpetrated, my child died, and the end of his life is on their hands.

Drive slow and save