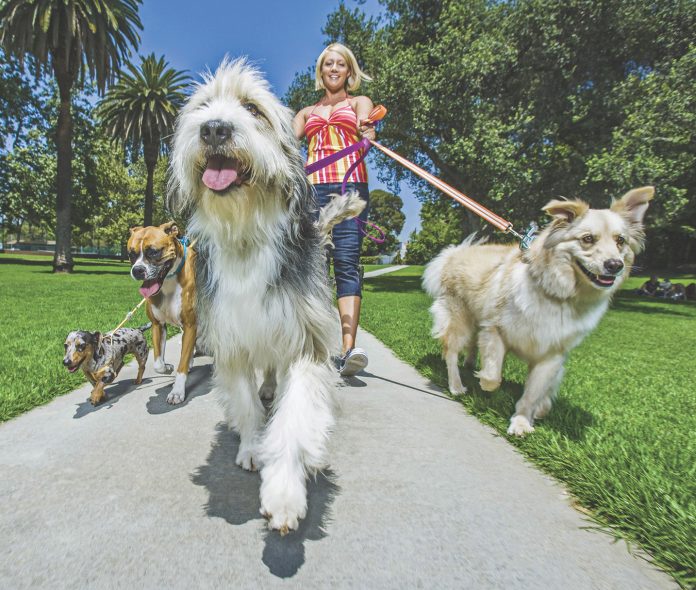 The Lakeside Community Planning Group unanimously voted for the beginning negotiations of an off leash dog park in Lakeside at its May 5 meeting. Incorporated in 2015, Judy Scheuer, Tail is Up Foundation president, an animal welfare project was formed to establish to form the off-leash dog park at Borrego Springs County Park. Tail is Up Borrego Springs County Park Off-Leash Dog area has a large space for both small and large dogs.

“Since then, I have had my sights set on an off-leash dog park in Lakeside. In 2018, I spoke with former chief of development Jill Bankston and she told me that an off-leash dog park was on their radar according to its five year plan and scheduled for 2021/22. So here we are, right on schedule,” said Scheuer.

Scheuer said in speaking with DPR Development Chief David Norgard, to get the process started, she needed support from the LPCG to proceed with concrete plans.

“So, at this point, it is only the idea that needs approval,” she said. “Nothing has been established yet. I have also had discussions with Lakeside community members that show strong support, so I am confident that this would be a welcomed site by the Lakeside community.”

Scheuer said she did much research, even speaking with the Lakeside River Park Conservancy executive director Robin Reardon, thinking that the plan for its park on Channel Road would be a great site. She said though Reardon was not opposed to the idea, that it would have to be a paid attraction.

Scheuer requested the following motion for the planning group to consider. “LCPG supports the concept of a County off-leash dog park for the Lakeside community and agrees that the community would be in support of such a project. We also vote to include Tail is Up Foundation on the list of entities that could potentially receive PDLO funding.”

Terry Burke-Eiserling said if anyone could get a dog park in Lakeside, it would be Scheuer.

“People have wanted a dog park in Lakeside for the 30 years that I have lived here,” she said. “People want a dog park, but it has never had a leader to lead it. There needs to be socialization for the dogs and people because dogs and people go together.”

Burke-Eiserling said when the time comes to seek a location to look at the property across from Lakeside Middle School.

“When I talked to the principal, he thought it was a great idea because there would have to be parking for the dog park and it would also help alleviate the overflow parking from the school,” she said. “It is a site to brainstorm and maybe explore. It is big enough to have a large dog and small dog section.”

Billy Ortiz said he thought that the idea was exceptional and believed that it would alleviate the “rush hour congestion of dogs” at Lindo Lake County Park.

“With the acquisition of the 98 acres over on Willow Road, I think that there is plenty of big space there with the room to do it. I would like to support Judy’s great fantastic idea for a dog park in Lakeside,” he said.

LDGP member Sarai Johnson said she was pleased with the project in Borrego Springs, and that the project should be placed on the LCPG’s PDLO funding priority list.

“I think there would be a lot of community support for this,” she said. “I know that when the community has an experienced partnership within the community and knows how to put it together, how to negotiate, how to talk to the county, the county takes it more seriously when they fund things.”

Lakeside schools to focus on civics