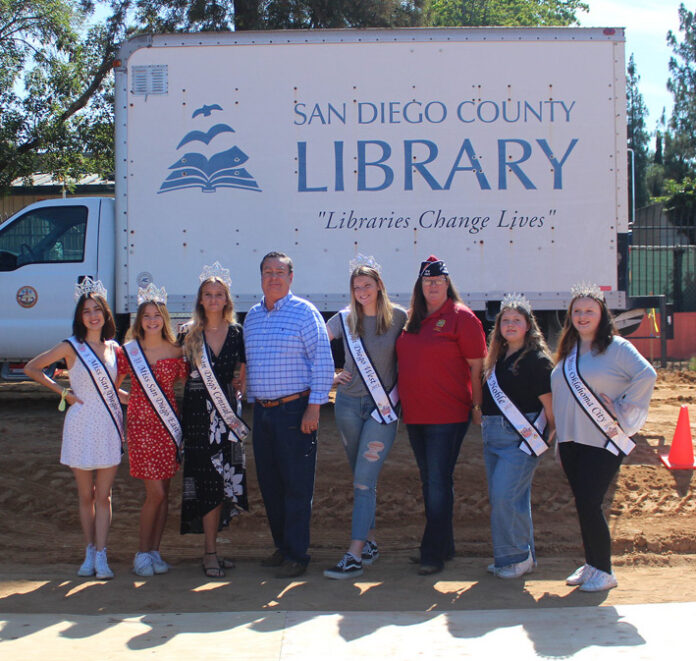 The new Lakeside Library groundbreaking, held July 29 at its future site on Woodside Avenue, was less about the upcoming construction and more about announcing some of the elements library stakeholders included in an effort to meet community needs.

“A library,” District 2 Supervisor Joel Anderson said in his opening speech, “is no longer a place to house books but also a place for growth and mentoring.”

San Diego County Library Director Migell Acosta said the county library system is unique because it is woven into local government but is “the one completely optional government service” where people choose to seek out library services, which in turn inspires library officials to instill services that serve the community.

“The library should be a hub of the community as it determines its own future,” Acosta said.

He later explained that library officials steer the system with four points in mind: to read, to learn, to energize residents toward civic engagement, and to create. All four of those points were addressed at some point during the ground breaking.

Lakeside Friends of the Library Chair Terry Burke-Eiserling rhetorically told the crowd: people ask me ‘who reads books anymore?’ then answered that question for everyone by opening up the idea of a book to include other forms of storytelling.

“Just recently I saw the shelves full of reserved books, compact discs, movies and other educational media. We hear great stories of the love of books going back to childhoods, the feel of holding a book,” Burke-Eiserling said, then said the modern version of developing that love of storytelling might be to multitask with earbuds in while listening to the latest audiobook.

In her speech, Burke-Eiserling also addressed how the library serves everyone who comes to learn. The library, she said, allows anyone to grow as a student by housing niche programs like VetConnect, a library program in which trained volunteers are available to help veterans and their families find resources and connect to benefits they may be entitled to.

“Imagine space set aside throughout the library as quiet teaching rooms to tutor all ages. You will have the ability with support of our excellent staffing, and the best materials available to attend Library High School and graduate,” Burke-Eiserling said.

From a design standpoint, Acosta said, energizing civic engagement is ostensibly going to be facilitated by having open meeting rooms with a grid of electrical connections built into the floor, moveable furniture, and modular shelving that can be rearranged to suit current needs.

Items that might be popular right now, he said, like a Maker Space can be transitioned into other uses in the future if needed as the components of the space are flexible.

The final point Acosta listed— to create— is tied to items like increased internet access for residents who can now utilize the free wi-fi connection facilitated by a recent project boosting the signal around the perimeter of county libraries, 24-hours a day.

“From rich to poor, from toddlers to seniors, libraries change lives,” Burke-Eiserling said.