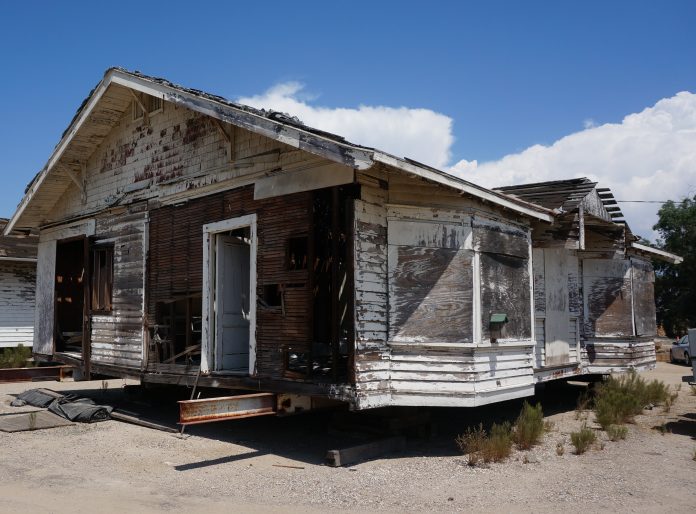 After a decade of dormancy, the Kiwanis Club is returning to Lakeside.

Kiwanis is a worldwide organization active in more than 80 nations with some 600,000 members. The group is dedicated to improving the lives of children, “one community at a time,” except in Lakeside, where Kiwanis faded away back in 2005.

After a decade of dormancy, the Kiwanis Club is returning to Lakeside.

Kiwanis is a worldwide organization active in more than 80 nations with some 600,000 members. The group is dedicated to improving the lives of children, “one community at a time,” except in Lakeside, where Kiwanis faded away back in 2005.

Reasons for the vanishing act vary, from a lack of interest to the recession, but the bottom line was that local participation was down – a common problem for older, similar groups – and there were not enough hands to service the community’s needs. However, that has changed.

Until recently, there was a conspicuous hole in the Lakeside area that needed to be filled. Alpine Kiwanis, with its 140 members, decided to sponsor the Lakeside club and assisted with the initial fundraiser. In short order, Kiwanis of Lakeside will be up and running and helping youth in our community once again.

Interestingly, Kiwanis did not totally disappear from the Lakeside landscape. It has been represented these past years by the students of the El Capitan High School Key Club. Though “orphaned” when Kiwanis left Lakeside, the club has been supported by the El Cajon chapter, who stepped up to sponsor the student group.

Key Clubs are junior services groups in our high schools and have been around since 1925. These clubs are the oldest and largest service program for high school students in the world. They teach youth how to lead and contribute to society through service and volunteerism, in partnership with their local Kiwanis club.

Chase has been on loan from the Fletcher Hills group to help get Lakeside’s Kiwanis back up and running. As a past Kiwanis president, he knows a little about the needs of the organization.

“‘Kids need Kiwanis’ – that’s one of our mottos,” he said. “We’re looking for people of all ages with enthusiasm who want to serve their community, to help in whatever way they are willing and able to.”

Lakeside’s Kiwanis has already been helping the community, even before they have become official. Recently, the group put together 30 backpacks for students at Lindo Park Elementary, a school where 80 percent of the kids are below the poverty line. The backpacks were filled with school and personal necessities and then handed out to some of the neediest students.

The historic Bostonia House is about to go away.

The dilapidated old structure, once the planned science center at Lakeside’s River Park Conservancy on Industry Road, has been given away and will soon be moved off the property. The new owner is a furniture maker (he wishes to remain unnamed) who will reuse the wood for his business.

The house stood for almost 90 years near the intersection of First and Bradley in the community of Bostonia. Former occupants included local water magnate Ed Fletcher and the Pratt Family of Dudley’s bakery. Planned to be torn down for new housing, the house was saved by the Lakeside Historical Society in 2005 and moved to the River Park property. Plans were made for its reuse, with groundbreaking in 2016 for a new foundation. However, it was not meant to be.

Not surprisingly, the old house is coated with lead paint and filled with asbestos (common ingredients of the era) that became problematic for the old home’s use as a school structure. The Conservancy tried to work with the County to mitigate these issues, but found no options available that could save the house. Further, no other construction could start on site until the old house was removed.

Betty McMillen, longtime Lakeside resident and one who spearheaded the preservation effort in 2005, was disappointed to learn the fate of the Bostonia House.

“It has always been an uphill fight,” she said. “I have been working on that house since 2000.”

The house will be moved off site for processing, at the new owner’s expense. Once gone, the plans for the new buildings will move quickly. The science center is expected to be up and running by early 2019.

The sand mining project is not the only new construction planned for the El Monte Valley.

A coalition headed by the Padre Water District wants to tear down the historic old El Monte Pump Station to make way for a new wastewater recycling project (formerly known as toilet-to-tap).

The East County Advanced Water Purification Project is a partnership between the Padre Dam and Helix Water Districts, the County of San Diego and the City of El Cajon. The plan would recycle wastewater through an “Advanced Water Treatment Plant” and then dump the purified water into Lake Jennings for “surface water augmentation.”

The historical impact would be the demolition of the nearly 100-year-old pump house on El Monte Road, adjacent to the public parking lot for the Flume Trail. The project would build a dechlorination station onsite, build a new above-ground pipeline (replacing the current one) up the hill and along the public recreational trail. This pipeline “would transition and enter the Monte Tunnel” (part of the original flume) and the treated water would be “conveyed” into Lake Jennings “via a cascading water feature.”

The impact on the new County Flume Trail that starts at this site were not mention, but would conceivably result in temporary closures of the public trail.

While a partner of the project, the Helix Water District’s Board of Directors does not appear to support the demolition of its old pump station. In fact, some members claimed they were unaware of thispart of the proposal and were unhappy with the lack of community notification and input. The Padre Dam Water District did send a letter regarding the historical impacts of the plan, but the letter was dated June 14, with a 30-day window for response. The letter was addressed only to the Congress of History of San Diego and Imperial Counties, an umbrella organization that serves as a forum for historical groups, but does not advocate or even represent any particular community. When the letter arrived at the Lakeside Historical Society, there was no time for community input, though a member was able to attend a meeting on the project.

An environmental impact report is due for public viewing sometime in September 2018.

For more information, go to the project’s website at eastcountyawp.com.

Lindo Lake was in the news lately, as the water has turned green again.

The Lindo Lake Subcommittee has shared a new timeline for planned lake improvements, which are still at least a year away.

A Supplemental Environmental Impact Report will be published and available for public review sometime this fall. This SEIR will address new impacts associated with the planned restoration and present the actual proposed design of the project. After public comments are received, the SEIR will be finalized in spring 2019. The project is planned to be advertised and awarded next summer. Right now, construction is planned to start in the fall of 2019.

The two-phase project will commence in the east basin. Once completed, the plan is to transfer the water from the west basin so restoration can begin there. Funds have already been earmarked for Phase One.

Recently, a weasel has been spotted frolicking in the east basin. Nicknamed Charlie, he has become quite popular and regularly photographed. Charlie’s impact on restoration plans has yet to be determined, but the County is studying the matter.

Say goodbye to a landmark.

The City of San Diego has plans to demolish the old Lantz House on the corner of Woodside and River Street, in apparent response to complaints of illegal lodging and narcotics use.

Most Lakesiders are unaware the City of San Diego owns that property. The residence was built in the 1930s and occupied by the Lantz family. The property was purchased by the City of San Diego, as was the lot next door, on which a small pump station was erected. Part of the San Vicente water pipeline to San Diego, the house was supposedly used by water department employees, though it has been vacant for many years now. The demolition appears to be a response to complaints of the homeless using the site, but information is sketchy and calls to the San Diego’s Public Works Department have provided little information. Bids for demolition are currently being accepted.

There are some powerful and important decisions to be made in Lakeside soon, the likes of which will impact our town for years to come. It is time to get involved, do some research and voice your opinion.

Two very important dates in the El Monte Sand Mining process are nearly upon us, both equally important to our community.

First: Tuesday, Sept. 25, from 5:30 p.m. to 8:00 p.m., at the Lakeside Community Center. This is a very important public meeting for the recently released proposed draft of the Subsequent Environmental Impact Report. It will allow citizens to comment and share their opinions on the El Monte Sand Mining project.

The latest EIR can be accessed at both the Lakeside Branch and the Santee Branch libraries.

From Lakeside’s River Park Conservancy: The 12th annual Once in a Blue Moon Gala event is coming up fast on Saturday, Sept. 8. The event will run from 4:00 to 8:00 p.m., at the River Valley Equestrian Center, 10631 Ashwood Street. Go online for more information or to order tickets (www.lakesideriverpark.org) or call them at (619)443-4770.

A couple of great (and free) River Park educational programs are coming up: Saturday, September 19, learn about Defensible Space for your Home from your Lakeside Fire Department. Call for the time and place (as they have yet to be determined).

Hike through the river park

On Friday, Oct. 5, Executive Director Robin Rierdan is hosting another of her hikes in the river park. It will start at 10:00 a.m., but the location has not been determined. Call for more information – these are always interesting and informative.

Introduce your kids to trucks!