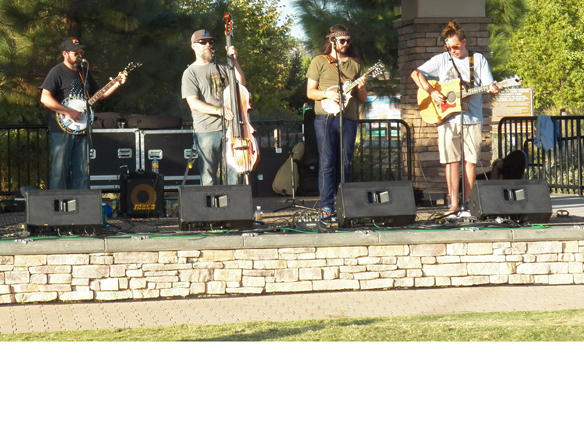 East County may have gotten high thermometer readings recently, but Santee combined totally hot licks, cool music and mellow times on Sept. 9 at Santee’s eighth annual Bluegrass Festival at Town Center Community Park East, a four-hour fundraiser conducted by the City of Santee on behalf of its advisory board the Santee Park and Recreation Committee.

East County may have gotten high thermometer readings recently, but Santee combined totally hot licks, cool music and mellow times on Sept. 9 at Santee’s eighth annual Bluegrass Festival at Town Center Community Park East, a four-hour fundraiser conducted by the City of Santee on behalf of its advisory board the Santee Park and Recreation Committee.

And Santee homegrown businesses were shining at this yearly local party, among other area restaurants, breweries and wineries that offered samples of their best items. Brian Johnson, a partner in Pacific Islander Beer Company, said that the atmosphere and ambience of the venue reminded him of his native Hawaii. His local business was pouring a couple of fine India Pale Ales at the festival site’s tables, a blood orange IPA and Da’Kine IPA.

“This is a beautiful event, with great food, great beer. This is my second year here enjoying this all,” Johnson said. “I see the vendors are all doing well. Being Hawaiian myself, I love this. This is one of the best events I have been to in San Diego because of the generosity and the mellow attitude.”

A few businesses were standouts among the tasty fare and smooth adult beverages. Chef Carl Zeitsen of Eccentric International Chefs, for example, showed off two multilayer specialty cakes from the Carlton Hills based bakery. Zeitsen was preparing to cut smaller samples of dessert cake for grazing diners later in the evening. Boochcraft was pouring unusual, healthy, delicious cocktails of “high alcohol kombucha.” The beverage is easily drinkable and not especially intoxicating, even at its 7 percent alcohol content.

The bluegrass bands playing onstage that night were The Homesick Hitchers and MohaviSoul. The musicians’ high-energy “high lonesome” sound enlivened the happy, relaxed partygoers. Most attendees carried their own lawn chairs into the park, forgoing hay bales near the stage front.

The bluegrass bands both covered classics of the genre and originals penned by band members, with a few instrumentals sprinkled throughout their respective sets on stage. The Homesick Hitchers were impressive in reprising music such as a John Hartford song and the Flatt and Scruggs standard “Salty Dog Blues.” And MohaviSoul’s performance of their original “Lay Your Needle Down” was a lovely, moving tribute to vinyl records and lingering memories.

Howard and Tori Gunter were seated up front. The Santee couple agreed to an interview about their experiences as first-time festival attendees. Howard said that he had already tried a few samplers of different beers. His favorites had been brews poured by the Alpine Firefighters and the Octoberfest from Karl Strauss. Tori singled out the PB Alehouse Blonde. “We had wanted to be here before,” Tori said, “but we waited too long and the tickets were sold out. This year, we got our tickets early.”

Ken Fox, Chairman of the Santee Parks and Recreation Committee took to the stage early during the evening’s proceedings. He reminded audience members that the event was designed for “Supporting People, Parks and Places” in Santee. Festival proceeds were targeted for the Santee Teen Center, park improvement projects, and providing financial aid to needy youth and seniors for participation in recreation programs. Money raised came from event ticket purchases, silent auction bids and opportunity drawing ticket sales.

Fox said that over 100 items had been donated for silent auction bidding. He gave further details about where the money raised goes. In addition to other programs, the event’s funds brought in last year paid for bicycles for sheriffs on bike duty and for beautification of electrical boxes.

Lori Murphy of Boll Weevil 53 in downtown Santee took a few minutes away from serving up delicious pulled pork sliders. She and her employees were in their fifth year donating food for the festival. “We’ve been at every one of these events since we’ve been open,” Murphy said. “This festival seems to be bigger than in past years,” she continued. “There seem to be more people here this year.” Why does she bring her business back to the event yearly? “This helps parks and recreation. I live here, my kids are here. And Santee has beautiful, clean parks for kids.” 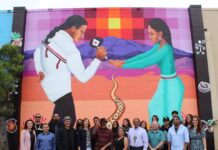 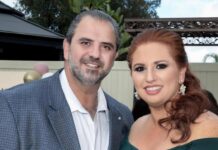 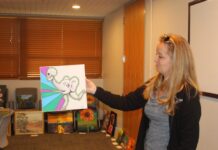 Where to celebrate Mother’s Day with mom in East County