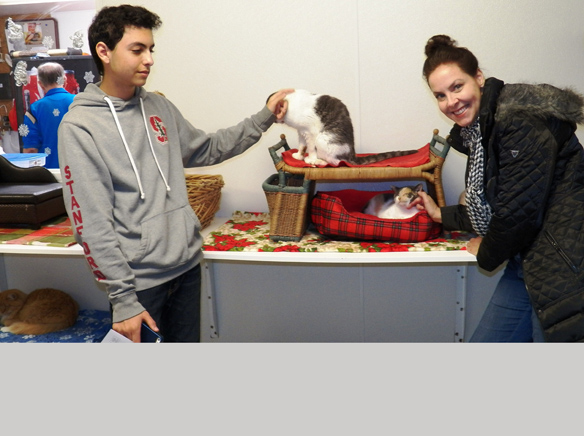 East County is home to many unique institutions. Among these is Friends of Cats, a private nonprofit organization dedicated to the care and well-being of homeless felines. During Saturday evening Dec. 10, staffers and volunteers at the facility welcomed visitors to the third annual Whisker Wonderland, a Christmas celebration to benefit cats at the site.

Heidi Clark, assistant office manager with the facility, described this year’s Whisker Wonderland as the best yet, for the festivities and turnout.

East County is home to many unique institutions. Among these is Friends of Cats, a private nonprofit organization dedicated to the care and well-being of homeless felines. During Saturday evening Dec. 10, staffers and volunteers at the facility welcomed visitors to the third annual Whisker Wonderland, a Christmas celebration to benefit cats at the site.

Heidi Clark, assistant office manager with the facility, described this year’s Whisker Wonderland as the best yet, for the festivities and turnout.

Attendees were asked to bring gifts of unopened cat food. Red and green toy catnip mice could be purchased as presents for the cats to play with. Festive holiday lights and decorations adorned the shelter’s central patio area and building exteriors. Christmas songs were playing to set the merry mood, and partygoers could sample hot chocolate and cookies. Other gift-giving opportunities included gift memberships to Friends of Cats and sponsorship of one or more cats living there.

Members of the Hobbib family stopped by to play with the resident felines. Mary and Tom Hobbib are the parents who were accompanied by their 16-year-old son Ryan, a junior at Scripps Ranch High School.

Ryan became acquainted with Friends of Cats while seeking feline subjects for his eighth-grade science fair project. His study investigated cats’ reactions to bird sounds, comparing the responses of indoor and outdoor cats to the sounds of hunting birds and songbirds. Ryan discussed his interest in becoming a veterinarian while stroking one of the shelter cats. Ryan is also contemplating offering to volunteer at the facility.

The El Cajon complex usually houses over 250 cats and kittens in a central treatment building and adjacent cottages, with 24-hour-a-day on-premises staff monitors. The group receives no government funding and, besides the income from fundraising events, is reliant on donations, memberships and adoption fees to maintain the shelter.

The Friends of Cats slogan is “You can’t buy love … but you can adopt it!” Cats and kittens available for adoption slept happily or wandered around and mingled with the partygoers.

Other cats at the shelter are permanent residents. The Cozy Cottage houses about 45 cats for long-term and lifetime care, when their humans have passed away or can no longer take care of them at home. Felines in the Shy Cottage need more socialization to human contact, and those in The Lodge are aggressive cats. One cottage on the grounds, called The Annex, is reserved for cats diagnosed with transmissible, potentially fatal diseases such as feline leukemia and feline AIDS. Friends of Cats is seeking families willing to provide loving foster homes for these ailing, special-needs cats.

On-site feeding needs are 400 pounds of dry food and 50 cases of wet food weekly. Kitty litter arrives by the ton. A trucking company delivers low-cost industrial clay litter, commonly used to clean up road spills, every seven to eight months — 22 pallets of it weighing in at 2,000 pounds per pallet.

The shelter always needs volunteers, although the greatest need is for people willing to help with socializing the cats through play and interaction, to wash cat laundry and assist with landscaping the grounds. In-kind donations of food and bedding are welcome. The most-sought request on the current wish list is for wand toys for playing with the shelter’s felines.

The group traces its origins to the 1927 formation of the Animal Rescue League, several San Diegans who bought animals in danger of being put down at the local pound, in order to shelter them until they could be placed as pets in good homes. The associated cat shelter was initially located in Pacific Beach, reorganized as the Maude Erwin Foundation for Cats (named for the cat-fancier founder) and moved to Chula Vista for a decade at mid-century. The shelter was relocated to its current site in eastern El Cajon in 1966, then in 1968 was renamed as Friends of Cats Inc.

The facility is open for public visits Tuesday through Sunday from 10 a.m. to 4 p.m., except on major holidays.

More information, including the hyperlink to the live kittykam video feed, is available at www.friendsofcats.org. 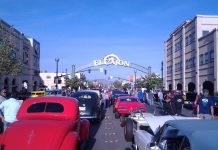 Calling to cars and crowds 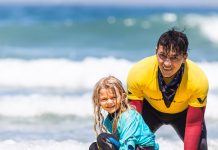