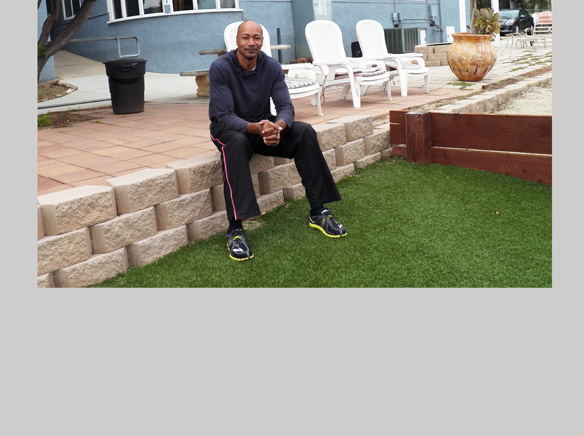 Memorial Day at this month’s end is a time for reflection and honoring those whose lives were sacrificed in military service for defense of this country. But there are other former military troops whose lives are still at risk, through homelessness entwined with service-related medical and psychological conditions that render these veterans less able to cope with life’s challenges.

Memorial Day at this month’s end is a time for reflection and honoring those whose lives were sacrificed in military service for defense of this country. But there are other former military troops whose lives are still at risk, through homelessness entwined with service-related medical and psychological conditions that render these veterans less able to cope with life’s challenges.

The Volunteers of America Southwest’s Hawley Veterans Services Center in El Cajon is dedicated to changing that, with a unique live-in program that can house 20 veterans at a time, for individually tailored therapy sessions that assist them in acquiring better coping skills and achieving greater well-being. One current resident in the program agreed to speak freely and openly about the experiences that brought him to the Hawley Center about six months ago.

Mike Wilson grew up with a loving but tough mother. When he reached adulthood and wanted to continue living in her home, Wilson’s mother told him the condition was that he land a job or join the military. Mike did both.

At 19, Wilson signed up with the Naval Reserves, where he stayed for two years. He then did a two-year stint with the Army National Guard. During that service, he was mobilized to Fort Irwin near Barstow to augment training for a tank-on-tank brigade. Although serving as a cook, Wilson was assigned to participate in the training exercises at a mock-up Arab village. While riding in a Humvee to his cooking duties, Wilson was often called on to role play by being searched, forced to his knees with his hands on his head. There were also fake raids at the training site that mimicked real attacks.

Wilson recounted that his morale went down. He sought promotion to earn more money, but he was denied. He became depressed. He began thinking about killing himself.

In January 2006, Wilson contemplated jumping in front of a moving Humvee. Instead, though, he attempted suicide by taking an overdose of ibuprofen. Whether as outreach for help or a goodbye message, Wilson phoned his friend, Sgt. Armstrong, saying, “I don’t what to feel like I let you down,” Emergency medical personnel swarmed to rescue Wilson. They took him to a hospital.

In subsequent mental health counseling, Wilson said, “I don’t want to be part of this anymore. I wanted to serve my country. I love my country. But what the recruiters told me hasn’t really panned out.”

Fast-forward to Wilson’s post-military civilian life here in San Diego, where seven years later, he had established a committed but volatile relationship with a woman he cherished. But they fought over money. In 2013, he was sentenced to jail for domestic violence. That being his first offense, he served four months of jail time, with three months of probation ordered afterward. Despite the restraining order that should have kept them apart, the couple reunited, with Wilson moving back into the apartment they had shared. The pair argued over $20, and Wilson was arrested for a second time for domestic violence.

He bailed himself out of jail, and then went to the veteran’s homeless tent in Old Town. Four days later, Wilson met with his probation officer and told the truth. Wilson had committed two offenses now, lying to the probation officer repeatedly by not admitting he had moved back into the couple’s apartment, and then engaging in another instance of domestic violence. Wilson received a sentence of three years this time.

However, after 11 months and five days in jail, Wilson was released on November 9, 2015. He stayed with his sister for a brief time. “I had nowhere to go,” Wilson stated. But he received referrals from Veterans Village of San Diego and case managers at the VA Medical Center in La Jolla suggesting he apply to the Hawley Center. He visited the Flinn Springs facility. “The guys were very nice to me,” he recalls. He returned a week later and has been living there since November 20 of last year.

The center’s drug- and alcohol-free environment doesn’t faze Wilson. “I never was much into drugs and booze,” he said. “I had done binge drinking in the military. I used crystal meth and coke and smoked grass in 2014. But I’ve been clean and sober since June 2014.”

The socials organized by Lizbeth Quiroz, program director at the center, impressed Wilson. “There are barbecues. The Christmas and Thanksgiving meals were great. At Christmas, I got a bag full of gifts — candies, a coffee cup, shoes, socks, lots of stuff.”

With a bachelor’s degree in culinary management, which he’d earned from the Art Institute in Mission Valley in 2011, Wilson started rebuilding his life and his resume. He worked a couple of temporary jobs, for a New Year’s party aboard a downtown cruise ship and at the Torrey Pines Golf Club. He worked on a food truck for three weeks.

But Wilson was still heartbroken at first over the loss of that stormy relationship. He says today, “I sat and cried and cried. I was flooded with emotions. I was crying, praying, and I felt torn in pieces.” He continued, “But I also felt joy. I knew I was in the right place, being here.”

Cleaning the bathroom has been Wilson’s assigned chore in the Hawley Center living quarters. “I get that over with early,” Wilson stated. He further gives free haircuts to other veteran-residents there. For the past month, Wilson has been a chef at Sammy’s Woodfired Pizza in Poway. He is pondering plans to advance his career in the hospitality sector.

The center is in a quiet, rural setting. He said he is sticking with healthy eating habits these days. He runs along Hawley Road and back. He exercises in the weight room.

Wilson said he thought all along that he’d stay at the Hawley Center for a year. He might remain a little longer, though, because he is eager to get some necessary dental work completed, and the appointments must be scheduled three months apart.

“I don’t want to be homeless,” Wilson summed up. “This is a great place to be. I am not a quitter. It gets better. We learn as we grow. We grow as we learn.”

What would he say to other veterans at risk about trying out the Hawley Center? “Come out and get yourself together. Focus on your well-being. Get some rest, use the services, get help with your medication. Save some money. Time is passing by. There is a lot of help out here, and you should let them help you.”

The Hawley Veterans Services Center is located at 9980 Hawley Road. Offers of help or requests for more information should be directed by phone to (619) 561-9808.