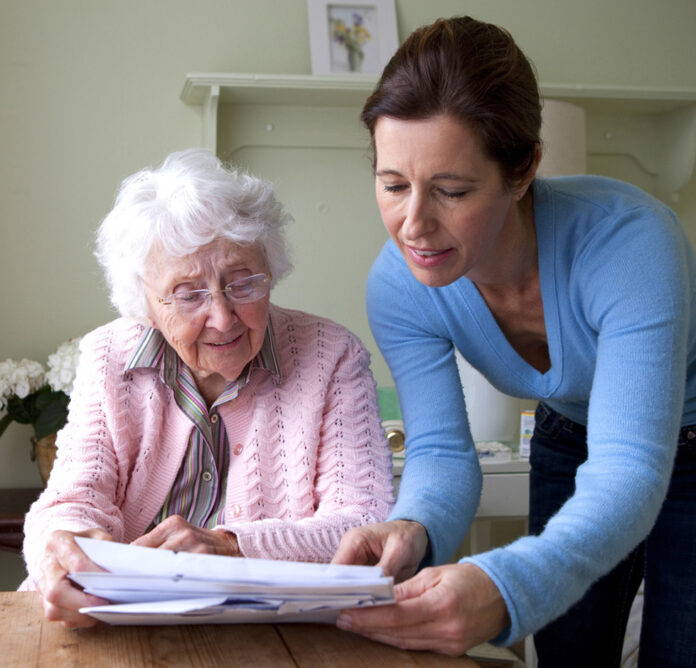 Deputy District Attorney Scott Pirrello said over 1,000 San Diego county seniors are fraud victims each year but a task force that focuses on collaboration between sectors is working to make a dent in that statistic.

“For the past few decades, someone would walk into a police department and the person taking a report could spot very quickly that the money was sent to Nigeria, or Asia or the Caribbean. However, that local agency couldn’t do anything about a criminal in another country,” Pirrello said.

Then, the Elder Justice Task Force was created, “initially to see what we could do” Pirrello said, utilizing the Federal Bureau of Investigations with their national reach.

Historically, he said, efforts toward defeating senior citizen fraud have been lacking “for good reason” across the nation: 99% of scammers are located overseas.

They learned the scammers have local co-conspirators because they need American money launderers and, through a relationship with the DA, the FBI, the United States Department of Justice and the United States’ Office of the Attorney, local law enforcement agencies are creating systems to connect the dots of common crimes in their jurisdictions.

“If there’s one victim in, say, Alpine, California, they reasoned, then ‘there must be the same scam happening all over the country’ and connecting those dots allows the FBI to turn them into large-scale investigations,” Pirrello said.

One major change that happened along the way was how individual agencies standardized their reporting.

“Historically, every law enforcement agency in the county was handling cases differently. Some put it as elder abuse, some called it identity theft, some considered it grand theft, some were not taking reports at all and saying it should go to the FBI— one of the main accomplishments of the task force locally is we are working together now and have the buy-in from every agency to uniformly report these incidents. Now, we can actually calculate the trend and work together,” Pirrello said, with different agencies like National City Police Department and the County Sheriff able to work together and save resources.

The best thing people can do to help is file a report if they are scammed. Pirrello said that senior residents often feel embarrassed or believe filing a police report might be a waste of time as the money is gone but in actuality, they’re contributing to a pool of knowledge that could lead to a collaborative find.

In San Diego County alone, he said, an estimated $20 million to $30 million is lost to elder financial scams— that figure is solely based on reported incidents. Rhetorically, he questions how many abusive incidents go unreported.

“It has to be stopped at the bank, at Walmart where money is transferred, at Home Depot with gift cards,” Pirrello said, and elderly residents have to face the fact that a crime committed at a familiar location, or one that relies on farfetched personal requests that don’t necessarily resemble theft is still a crime and worthy of a police report.

“The greatest generation is so trusting,” Pirrello said, and scammers will come up with creative ways to justify their demands in a way that can sound reasonable, such as claiming they are holding a grandchild hostage and will not let them talk to their family until they receive money.

Noting that “some people don’t have a trusted relative,” living close by, Pirrello said most banks have text alerts available that will notify a trusted person if money outside of what a relative usually spends is taken from their account, even from across the nation.

“We have to use technology to our advantage,” Pirrello said, because aging relatives often grow more vulnerable with time.

Some responses are specific to certain cultures, such as a scammer telling an older person who immigrated to the United States that they must pay or the police from a totalitarian country will come after them.

Anticipating that person’s fears, they will tell them to avoid reporting it to the police or there will be repercussions.

The pandemic hasn’t changed a thing, he said.

“Whatever hot topic is in the news: scammers will try to exploit that. Stimulus checks? Social Security numbers to find out where the vaccine is available? A faster way to get to pandemic care or solutions? The scammers approach is ‘‘pay us money to do that’,” Pirrello said.

No one agency can extinguish the problem on its own, he said, and collaboration is key as hundreds of billions of dollars a year are lost each year, nationally.

“I don’t think there’s any truer use of the phrase ‘it takes a village’. We need adult protective services. We need law enforcement, the retail industry  with gift cards, we need all the nonprofits that work with elders and work with local governments,” Pirrello said.

The task that lies ahead is “monumental,” he said and even with a collaborative team, the best thing people could do is report incidents so they can continue to collaborate with different sectors and take the criminals down.

El Cajon looking to divide council seats into districts for 2016...