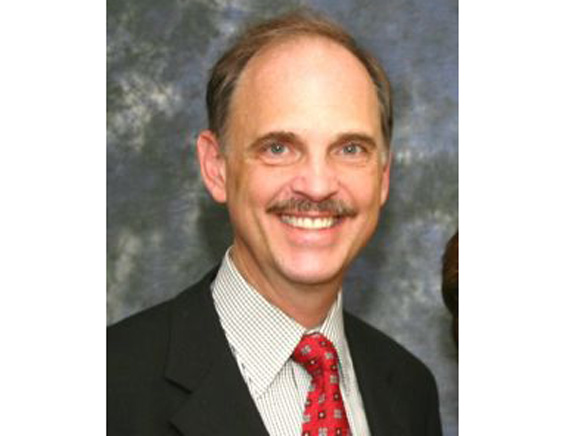 La Mesa resident Christopher Quinn has made a major career change. Once an accountant and later an educator, Quinn is now preaching minister at Johnson Avenue Church of Christ in El Cajon. His story will inspire people who decide to follow God’s call no matter where or how far it takes them.

La Mesa resident Christopher Quinn has made a major career change. Once an accountant and later an educator, Quinn is now preaching minister at Johnson Avenue Church of Christ in El Cajon. His story will inspire people who decide to follow God’s call no matter where or how far it takes them.

Quinn had been baptized as an infant in the Roman Catholic faith and then raised in the Lutheran church in his hometown of Pittsburgh, Pennsylvania. During his college years, he visited both Presbyterian and Baptist churches in the small town where he lived.

After obtaining a degree in accounting, Quinn’s first career was in public and industrial accounting in Pittsburgh. During that time, he began to study the Bible more fervently and made a decision to give his life to Christ.

While still in his early twenties, Quinn was invited to work full-time with a church in Pennsylvania. He decided to further deepen his Bible knowledge by studying in Texas. While in Texas, Quinn found himself making another career change when he was asked to work with a group of college-age students in Medellin, Colombia.

“This was a life-changing experience for me, as we journeyed to Tegucigalpa, Honduras to learn Spanish in an immersion program and then on to Medellin, Colombia for several years,” Quinn said.

After his initial time in Medellin, Quinn returned to the States and eventually earned a teaching credential, with the goal of supporting himself as a teacher in an American school while he continued to work with the church in Medellin.

At the school, he taught high school classes in economics, psychology, political science and philosophy for two years.

During this time, Quinn started a master’s degree in Bogota, Columbia, from the University of Alabama. He calls himself “blessed” for the opportunity.

Since it would take five years to earn the MA, Quinn returned once again to the U.S. to finish the degree. In the meantime, he had become bilingual and came to California where he worked as a bilingual math teacher at a Chula Vista middle school.

Throughout all those years of moving along his career path, Quinn said that he had felt the call of God in his life.

“My interest in serving as a minister began early in my walk with Jesus. I was intrigued by the power of God’s word and wanted to share this with others.

“Additionally, I was impressed by the dedication of many Christians who had worked to understand God’s word and to teach it correctly,” Quinn said.

To prepare himself in becoming a minister, Quinn studied at what is now Sunset International Bible Institute in Lubbock, Texas. A portion of the program was classroom instruction from dedicated Bible scholars and a portion was in the mission field, where Quinn learned from people who were evangelizing, preaching, and teaching.

Quinn and his wife first became members of Johnson Avenue Church in 2000. In 2014, Quinn took a position in the doctoral problem at Azusa Pacific University in Los Angeles County. They finally moved back to San Diego in 2012 and returned to the church.

Little did Quinn know that he would soon be pastor for that congregation.

While the church was seeking a new minister, Quinn served as chair of the preacher search committee. When the previous minister left and the minister who had been offered the position declined to move to California, Quinn volunteered to preach while he was still teaching at the university.

“After several months, I was asked by the elders to preach full time.  I retired from Azusa Pacific University and started full time with the Johnson Avenue Church of Christ,” he said.

In many ways, his career in education helped Quinn in his new position as minister.

“Important influences include understanding how people learn in different ways—not everyone learns the same way,” he said.

Quinn utilized his education in designing and delivering an effective lesson, integrating current research on teaching and learning and he continually aimed to engage and motivate learners.

Quinn has found in his time of ministry a fundamental truth about people and the way they relate to God.

“One of the fascinating truths for people is that the Bible still answers, explores and explains relevant questions about this life on earth.  Despite the Bible’s age, it still helps us understand God, hope, forgiveness, faith and eternal life,” he said.

Quinn enjoys the challenge, too, of studying the Bible and then delivering sermons that are both Biblically accurate and relevant to the members.

“My wife and I are committed to East County and want to continue to invest our time and talents in making it an even better place for everyone,” he said.

For information about the Johnson Avenue Church of Christ, go to www.jacofc.org.

Prayer Warriors: Learning to ask for help in every storm