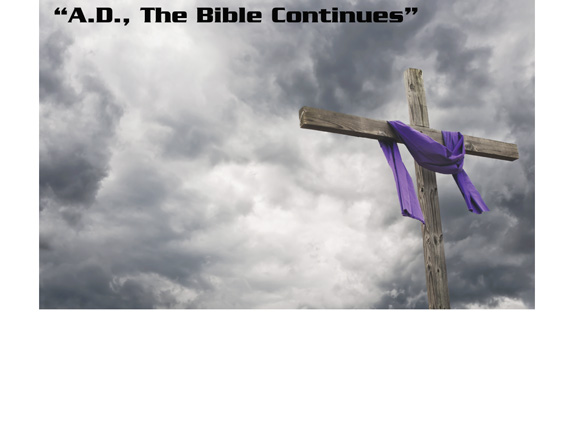 She portrayed a winged being. He is a bearded man. Together, Roma Downey and Mark Burnett are a highly successful Hollywood producer power couple. The hit family-friendly television shows they have in current production win the ratings competitions most nights of the week. “The Voice” wins Monday and Tuesday nights. “Survivor” has the most watchers on Wednesdays, and “Shark Tank” wins Thursday nights in viewership ratings.

She portrayed a winged being. He is a bearded man. Together, Roma Downey and Mark Burnett are a highly successful Hollywood producer power couple. The hit family-friendly television shows they have in current production win the ratings competitions most nights of the week. “The Voice” wins Monday and Tuesday nights. “Survivor” has the most watchers on Wednesdays, and “Shark Tank” wins Thursday nights in viewership ratings.

Burnett is the CEO of United Artists Media Group, a subsidiary of MGM Holdings. He is currently the executive producer of 11 network television series. Roma Downey is an Irish actress and Emmy-nominated producer from Northern Ireland. She played the kind-hearted angel Monica on the broadcast series “Touched by an Angel.”

Burnett and Downey visited El Cajon’s Shadow Mountain Community Church on March 12, to be interviewed by Senior Pastor David Jeremiah about their new TV show, which premieres on April 5. The series, “A.D., The Bible Continues,” that begins Easter Sunday on NBC at 9 p.m. The first episode tells of the crucifixion of Jesus, and then continues with depiction of events described in the New Testament’s Book of Acts. The network bills this debut as “An NBC Television Event.” The show was in its last week of production as the couple settled down to talk in East County.

Jeremiah opened the interview by joking to the audience in the almost-full sanctuary, “This is the first afternoon service I’ve ever had.” He went on, “This is a wonderful opportunity we have as a congregation. This is an incredible thing that the Book of Acts will be on TV.” Jeremiah cited a possible 125 million viewers. And he welcomed the couple, “We wanted you in our church.”

Interview questions and discussions were interspersed with video clips of the upcoming show. The short videos indicate that the show’s production values are high, the visual cinematography stunning, the music moving, and the historical account faithful. This is unsurprising, as Burnett and Downey described themselves as devoted Christian believers.

“We have prayer throughout our work together,” Downey said. “And we feel we are drawn closer to the Lord.”

And for any disagreements? Downey admitted the influence of her Irish heritage and her husband’s English birth, saying, “We have a lot of discussion over cups of tea. That gives us a space for grace.”

“A.D.” was filmed on location, at a shooting site in Morocco. A rebuilt Jerusalem, including the Temple and city streets, had to be constructed. Burnett and Downey relied on scholars and pastors for refining the series scripts and sets, because their objectives were accuracy and authenticity. The cast and crew totaled around 400 people. These “amazing actors,” in Downey’s words, were drawn from 15 countries for diversity in the cast, so that viewers could “see themselves there.” Downey emphasized that she and Burnett sought actors who would give natural rather than theatrical portrayals of characters. “Those people who were there, they didn’t know they were going to be characters in the Bible,” she said.

Burnett said the lead characters are the apostles of Jesus.

“These are 12 guys who took down the Roman Empire,” he said.

He noted how Christianity reshaped the value placed on individual human lives, and how there are now billions of Christians around the world. Downey and Burnett remarked on how the events of those first days of the Christian faith were not all that different from political figures and power struggles of today, with leaders of the Temple Sanhedrin who sought to debunk any beliefs challenging their supremacy as religious arbiters, the Herod family fearing the loss of rulership position that would eventually transpire, and the conquering Roman Empire’s lead representative, Pontius Pilate, governor of Judea, “who only wanted to keep his job.”

“A.D.” is in some ways the sequel to an earlier series produced by Burnett and Downey, which appeared on the History Channel during March 2013. That show, titled The Bible, was aired weekly and garnered three Emmy Award nominations. Portions of that show were adapted for theater release as the feature film “Son of God.”

Jeremiah concluded the interview by noting that he had worked with the couple on two projects. He gave them gift sets. Then he asked how they could top what they have done so far. Burnett and Downey’s next project? A remake of “Ben Hur, A Tale of The Christ.” Downey said the production will be “big and beautiful,” with lots of realism and excitement during the chariot races.

“The Bible” was broadcast weekly between March 3 and March 31, 2013 on the History Channel. It was adapted for release to theaters as a feature film “Son of God.” The series received three Emmy Award nominations for Best Miniseries, Sound Editing and Sound Mixing on July 18, 2013.

Home for the holidays