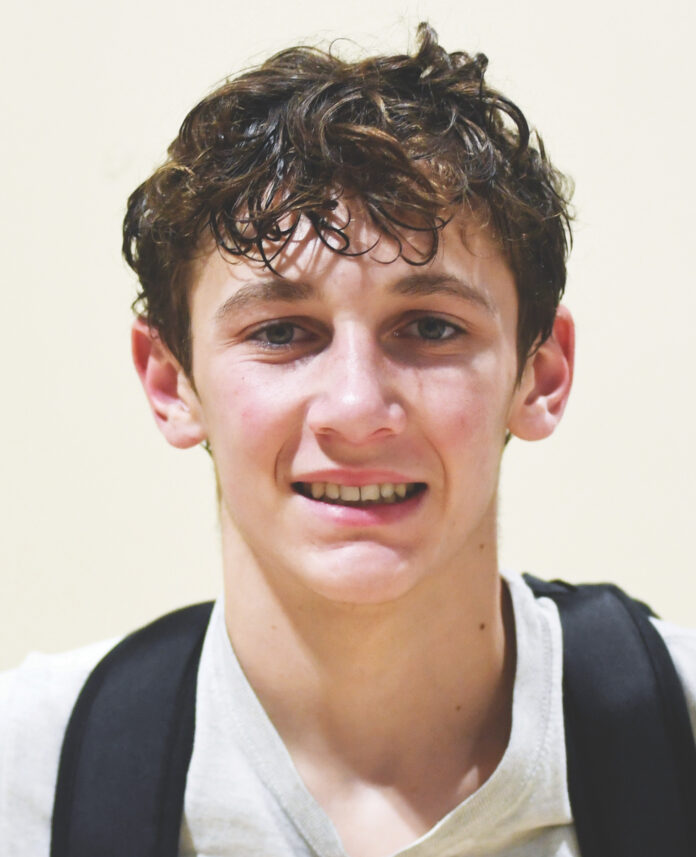 The latest COVID-19 Omicron variant seems to be at its height across the San Diego region. High school and college sports have been affected to the degree of either postponing games or fielding teams with skeleton lineups.

Schools have been affected to different degrees. Helix Charter High School, for instance, delayed the start of in-person classes this week because of COVID-related staff shortages. Instead, classes were offered online via Zoom.

Many other schools across the country are returning to distance learning as they hope to ride out the current coronavirus surge.

The Omicron variant has proven to be highly infectious and has spread rapidly since it was first identified on Dec. 1 in the United States.

Other indoor winter sports have been bitten. Steele Canyon High School was only able to field four wrestlers for its dual meet Jan. 5 at Granite Hills High School.

The host Eagles had 14 wresters ready to compete but only four varsity matches took place on the mat.

Granite Hills won three of the four matches to claim the Grossmont Hills League season opener between the teams by a lopsided score.

“They had issues going on obviously,” Granite Hills head coach Jesse Sheard said. “They were only able to bring four.”

The near-capacity crowd still had plenty to cheer for.

At 182 pounds, Granite Hills’ Carson Boehm outlasted Steele Canyon’s Isaac Constancio in a battle of attrition to win by a 5-3 minor decision.

Despite only four matches being contested, Sheard felt his team competed well.

“There are some things we need to fix, but they wrestled hard, they wrestled tough,” Sheard said. “The boys work hard every day in practice.”

All ranked wrestlers in the state were expected to compete, earning the tournament the nickname of “meat-grinder.”

The Eagles are scheduled to compete in this weekend’s Temecula Battle for the Belt tournament, another top-notch regional draw event.

Sheard said team goals are to win league, place top two at the section divisional finals and top five at the Masters state-qualifying tournament. “We want to qualify a decent amount to state, it’s a definite possibility,” the Eagles mat coach said.

Thus, the upgrade in Granite Hills’ tournament schedule. The Eagles want to be the best by wrestling the best.

“We tell the kids if you want to be someone, you’ve got to beat someone,” Sheard said. “It definitely shows what the kids have been working for by wrestling these state-ranked and national-caliber kids.”