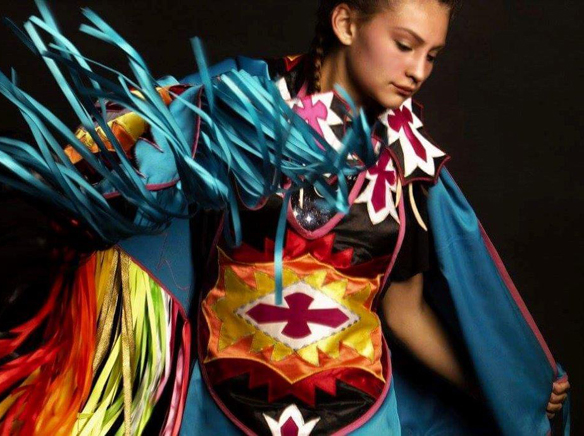 Coral Bradley may be only barely a teen-ager, but when it comes to expressing her Native American heritage through dance, she is a seasoned veteran.

The eighth-grader at Roosevelt Middle School in San Diego has been dancing at powwows from the time she learned to walk, and she is a featured dancer at Cuyamaca College’s second Annual Powwow, set for 10:30 a.m.-8 p.m. Saturday, Feb. 6, in the front lawn of Building B, the Communication Arts Center.

Coral Bradley may be only barely a teen-ager, but when it comes to expressing her Native American heritage through dance, she is a seasoned veteran.

The eighth-grader at Roosevelt Middle School in San Diego has been dancing at powwows from the time she learned to walk, and she is a featured dancer at Cuyamaca College’s second Annual Powwow, set for 10:30 a.m.-8 p.m. Saturday, Feb. 6, in the front lawn of Building B, the Communication Arts Center.

The free event, open to the public, will showcase native dances such as the graceful shawl dance, in which Coral excels and has been selected to perform as the head young woman, a leading position all girl dancers aspire to. The powwow opens with gourd dancing, followed by the grand entry at 11:30, the procession of all dancers into the dance arena. The dancers in their brilliant regalia are led by the head man and woman, followed by the head young man and young woman and the head boy and girl.

A father-and-son team of staff carrier Richard DeCrane, who will bring in the Indian flag represented by a long staff with eagle feathers, and first-grader Tomas DeCrane as the head boy dancer, will be in the powwow. The staff carrier, a position of respect traditionally held by a veteran, is first to enter the arena, along with the bearer of the American flag. Tomas, who has been dancing in arenas since he was a toddler, seeks to follow in his father’s footsteps as a Chicken Dancer and singer.

Also featured will be the Sooner Nation Southern Drum, whose singers originate from Oklahoma and Arizona and began as a group in the early ‘90s. The Green River North Drum features an intertribal singing and drum group that started in 2003 that performs the older style songs of the Northern Plains.

Another group expected to perform is the Asha Takuk Bird Singers, a Kumeyaay troupe from the Viejas and Santa Ysabel reservations whose members have traveled throughout the Southwest, New York, Mexico, and Canada, sharing the traditional song of the Kumeyaay passed down through generations.

The Cuyamaca College Powwow’s successful launch last year by a Native American student group is expected to draw even more dancers competing this year, representing the Kumeyaay Nation from the local region; the Blackfeet tribe of Montana; the Soboba Band of Luiseno Indians in San Jacinto, as well as the Yaqui and Chippewa, Navajo, Crow and Quiche Maya, and the UmonHon (Omaha) Tribe of Macy, Nebraska.

Native American arts and crafts, along with fry bread and Indian tacos, will also be the order of the day, in addition to information booths for the Barona Cultural Center and Museum; Kumeyaay Community College; the San Diego American Indian Health Center; Family Health Centers of San Diego; the Southern California American Indian Resource Center (SCAIR), and the California Department of Forestry and Fire Protection, or Cal Fire.

“The purpose of the powwow is to promote tribal heritage and to educate others about Native Americans through activities and educational opportunities,” said event coordinator Maria Gearhart, a multimedia technician at the college library with family ties to the Native American community. “Powwows are celebrations, social gatherings and friendly dance competitions, and there are sacred traditions in this gathering of the people.”

With Cuyamaca College’s name coming from a Kumeyaay phrase, “Ekwiiyemak,”  translated to mean “behind the clouds,” “above the rains,” and “the place where the rain comes from the heavens,” the pairing of the college with the Native American community is a natural.

Offering a Kumeyaay Studies certificate program, a mentoring program for Native American students, and a Native American dance exhibit put on at the college each fall, Cuyamaca College values its ties to the tribal communities and culture, said President Julianna Barnes.

“We look forward to this powwow becoming a long campus tradition and we always welcome an opportunity to strengthen our partnerships with the local Native American community,” she said. 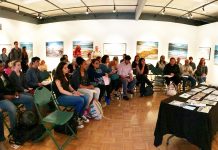 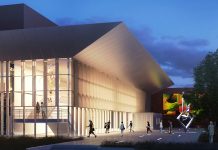