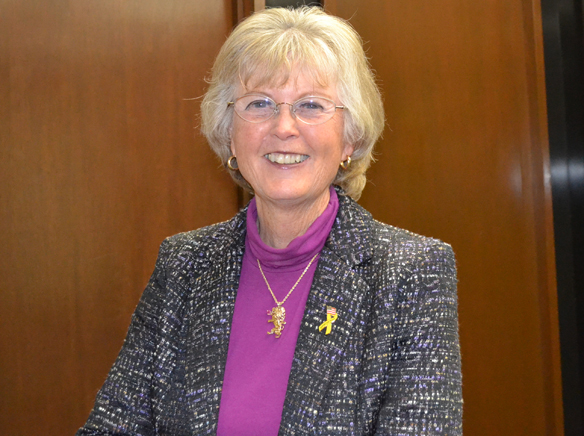 On Feb. 5, the County Board of Supervisors voted unanimously to pass an ordinance that requires independent flight instructors and flight school operators that train foreign nationals at county airports to certify compliance each year “with all applicable requirements to screen, vet, and/or monitor foreign flight students.” There are fourteen flight schools in the county, with the largest number at Gillespie Field. Out of thirteen speakers against the ordinance and nine in favor, many voiced concerns for aviation-based business and public safety.

On Feb. 5, the County Board of Supervisors voted unanimously to pass an ordinance that requires independent flight instructors and flight school operators that train foreign nationals at county airports to certify compliance each year “with all applicable requirements to screen, vet, and/or monitor foreign flight students.” There are fourteen flight schools in the county, with the largest number at Gillespie Field. Out of thirteen speakers against the ordinance and nine in favor, many voiced concerns for aviation-based business and public safety.

After a report released by the General Accounting Office in July 2012 cast doubt about the effectiveness of federal agencies working together to screen and vet foreign flight students, San Diego County Supervisor Dianne Jacob took action to the Board right away. The Board directed staff to come back with an ordinance and advocate in Washington, “to get Congress and the President to pay attention to this problem and fix it,” Jacob said.

Opposition to the ordinance is multi-faceted—that it is redundant of federal laws, burdens the aviation industry, and could make them liable for lapses in enforcement.

“As much as the county wants to insist that this ordinance doesn’t preempt federal law, if you read the wording, it clearly states that the flight schools, such as myself, the owners of flights schools, we are going to be responsible, they are assigning responsibility of vetting and screening these foreign nationals on us,” said Tom Hannawa, owner of American Aviation Academy.

Barry Bardack of the Gillespie Field Development Council said this is a TSA (Transportation Security Administration), Homeland Security issue, and that is where the problem has to be solved. Hannawa and Bardack discussed the next step against the ordinance, to file an injunction. They cited legal precedent in New York from 2007, a civil case in which a federal court decided against state regulation.

“This is strictly an attack on the flight schools…operating out of county airports. They don’t have the means nor the resources to go look at all the independent instructors that are training foreign nationals,” Hannawa said.

Additional opposition to the ordinance cited discrimination against foreign nationals. Andre Zeehandelaar, a pilot, questioned the constitutionality of the ordinance.

“It’s an unequal treatment of flight instructors and for that reason alone it doesn’t meet constitutional muster,” he said.

Those in favor of the ordinance made the argument that although the federal agencies have oversight, that action at the local level will close loopholes. The ordinance is a simple document requiring only a signature, which should not be a problem for a flight school or operator obeying the law, defenders of the ordinance suggested.

“It seems like what we’re asking you to do is just to certify what you’re dong already,” said Supervisor Ron Roberts. “What is so difficult about that?”

Roberts said he was concerned about creating problems for local businesses, and perhaps jeopardizing the ones that follow the rules. He asked for a list of independent operators who are not currently tracked, which Jacob backed.

That type of loophole gets noticed and can be exploited, the speakers in favor argued. Sue Strom of ASAP (Advocates for Safe Airport Policies) stated vulnerabilities such as international students flying over reservoirs and military installations.

Special attention was paid to September 11, 2001 references, as two of the hijackers were trained at Montgomery Field. The biggest question those in favor of the ordinance proposed to the Board of Supervisors was, “what if?” What if this ordinance had been on place on 9/11? What if the ordinance fails to pass and a preventable act of terrorism occurs in San Diego? Long time El Cajon resident Frank Perone, retired U.S.M.C whose civil career was with Rohr Industries producing commercial aircraft, asked the Board if there would be complaints against redundancy if a system had been in place that would have caught the hijackers. “In aircraft, redundancy is not bad, it is good,” he said.

The ordinance goes into effect July 1. The Board of Supervisors will evaluate the ordinance after one year. In addition, language will be added in the document that expresses the signatory’s belief to the best of their knowledge.

Jacob held a letter from Mayor Bill Wells of El Cajon, giving the unanimous support of the ordinance by the El Cajon City Council and the city of El Cajon. Jacob said that she can not get a definitive answer from the federal agencies she has met with regarding the status of problems at San Diego county airports, which concerns her.

In response to the issue of possible injunctions, Jacob stated that anyone has the right to file a lawsuit.

“The county council feels very strongly that what we did today is legal,” she said. “This is just a certification process that flight schools that are training foreign nationals or complying with federal law. You think that’d be pretty simple. We not only have a right but we have a responsibility to do everything we can to protect our citizens. This is primarily a federal responsibility, they failed to do their job, the problems and the loopholes still exist. There still is a potential that foreign nationals seeking flight training in our country could be potential terrorists.”

What to know before switching to solar power