The focus remains on health and safety — and learning — as the 2020-21 school year is set to start.

The wheels have already started to turn on the upcoming interscholastic sports season with those three hallmarks in mind while navigating wholly uncertain times during the COVID-19 (coronavirus) pandemic.

On Monday the State CIF Office issued a statement, after consultation with the 10 section commissioners, that will delay the start of the fall sports season to December or January, effectively placing all high school sports in the second semester of the school year.

The decision is not surprising given the increase in the infection rate statewide, particularly in San Diego County and its southernmost communities, in recent weeks.

The State CIF Office’s decision follows that issued on July 9 by the California Community College Athletic Association that officially moved all fall sports to a January/February start. 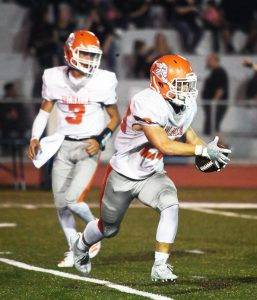 “The California Interscholastic Federation has determined, in collaboration with our 10 sections, that education-based athletics for the 2020-21 school year will begin with a modified season of sport schedule. Our calendar reflects the season for each CIF sport and the last date for section championships and regional/state championships in those sports where a regional/state championship is currently offered. Following this announcement, each CIF Section Office will release their own calendar to reflect regular season starting and ending dates and section playoffs. It is anticipated that most section start dates will commence in December 2020 or January 2021.

“We are continuously monitoring the directives and guidelines released from the Governor’snOffice, the California Department of Education, the California Department of Public Health and local county health departments and agencies as these directives and guidelines are followed by our member schools/school districts with student health and safety at the forefront. As these guidelines change, CIF sections may allow for athletic activity to potentially resume under the summer period rules of the local section. Also, given this calendar change, the CIF has temporarily suspended bylaws 600-605 (outside competition) in all sports for the 2020-21 school year.”

The decision ensures that no sports season will be skipped, as new San Diego Section Commissioner Joe Heinz stressed.

However, some compression will occur.

Instead of the traditional three seasons — fall, winter and spring — there will now only be two seasons: fall and spring.

The last day for section playoffs in volleyball, water polo and cross country is slated for March 13, March 20 in cross country and April 10 for football. 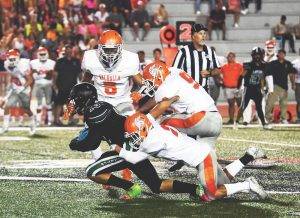 The last day for regional/state playoffs in volleyball and water polo would be March 20, March 27 in cross country and April 17 for traditional competitive cheer and football.

The last day for section playoffs in badminton is May 22, May 29 for soccer, swimming and diving and tennis, June 5 for wrestling, June 12 for basketball and golf and June 19 for baseball, softball and track and field.

The last day for state/regional playoffs in badminton is May 29, June 5 for soccer, swimming and diving and tennis, June 12 for wrestling, June 19 for basketball, June 23 for golf and June 26 for baseball, softball and track and field.

Each section will set an end date to the playoffs for field hockey, gymnastics, competitive sport cheerleading and lacrosse.

It appears the end date for the 2020-21 season will fall beyond traditional graduation dates.

Heinz said he would like to see the San Diego Section fall calendar begin on Dec. 14 with practices and actual game play start Jan. 8.

This would depend on the current health climate, of course.

He said the plan is to play the maximum number of allowed regular season contests, though the time schedule may be compressed.

He said he hopes to have a master schedule ready by mid-August after consultation with advisory committees for all sports.

The Grossmont Union High School District is set to start the fall term with online classes on Aug. 10.

Coaches have understandably exercised a healthy amount of caution in regard to the new sports calendar.

“This is a difficult time, so whatever the decisions are, we have to accept and adapt,” Grossmont High School football coach Tom Karlo said.

“Any start date would pose unique obstacles. A January start has winter break, weather, getting dark at 5 p.m. every day, on top of six months from when we have started football for 100 years. Add in a pandemic that we don’t know where that will be, and this is going to be a year where you have to just be ready for anything.

“But kids are resilient and we, as coaches, have to keep them motivated to focus on school, staying safe, staying and be ready to go when we get the OK.”

“Biggest winners in this format is CIF as they get the gate from a full playoff season in football,” Cobbs said. “How they came to the conclusion to keep state playoff games is crazy to me and shows their biggest interest is money. Biggest losers are the kids as now many will be forced to pick one sport for the entire year. As you can see there is an overlap in tryout dates and regular season for the two seasons. Not good for kids.”

The Sweetwater Union High School District is set to start the fall semester with online classes on Aug. 3. Campuses remain closed and coaches are not allowed to work out with student-athletes at this time.

“I think there are a lot of unknowns and many variable factors,” explained Bonita Vista athletic director Tyler Arciaga, who also serves as the school’s football coach. “If the coronavirus situation doesn’t get much better, it becomes a moot point. From a football standpoint, the only boys sport that was moved into the fall season is boys volleyball. Based on the current calendar, there is potential for a little more overlap in season, but it’s the closest thing to a full season we could get.

“Facilities will be more of a problem in the spring season (other than water polo and volleyball). Also, in-climate weather could play more of a factor playing in the winter.

“As for health guidelines, there are so many different factors that we still don’t know. For example, if there is an outbreak on a team, what happens? Are we taking temperatures of kids before every practice/game? How will fans be handled? Transportation?”

Student-athletes may also have to make additional choices.

The State CIF Office has relaxed its rule on outside competition due to the switching of some sports between seasons. This would allow student-athletes to participate on an outside team at the same time they participate on their high school team.

This would mean that water polo players, for instance, could play for their club teams and high school teams during the same season and the same for soccer. It would apply to all high school sports and their club equivalents.