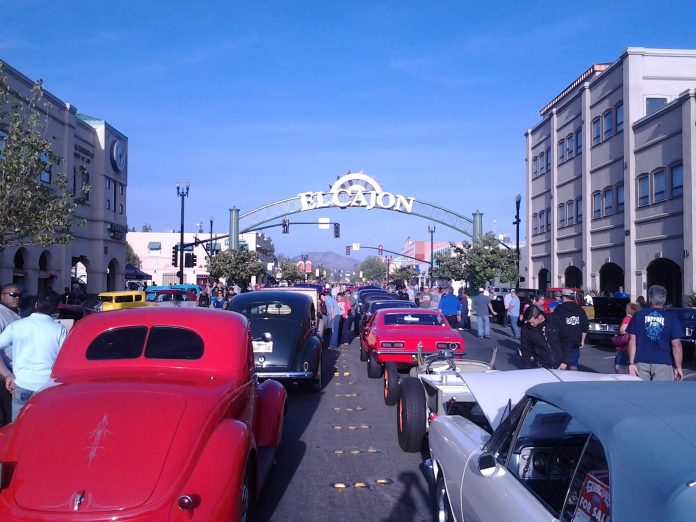 Celebrating its 20th year, the Wednesday evening Cajon Classic Cruise Car Show is back and bringing people back to downtown El Cajon. Cathy Zeman, Downtown El Cajon Business Partners CFO and Board of Directors member said they are following all COVID-19 requirements as needed, but that it is easy to stay socially distanced at the car shows.

“It is a natural thing where people are walking around by themselves, and we have had really good participation as far as people bringing their cars down to show,” she said. “With the audience participation, you can walk around and go to any of the restaurants. They are all full, they look really good, and it has really revitalized downtown on Wednesday nights. That has been great.”

The Downtown Business Partners has announced its schedule for its yearly Dinner & a Concert series for this year, beginning on July 2 with the Sully Band. Zeman said that during the off-season it purchased a new sound system for the concerts, so it is having a pre-concert concert on June 25 at 6 p.m., featuring The Buckleys, and giving them an opportunity to give the new sound system its “maiden voyage.”

Zeman said the concerts normally begin in May, but this year beginning in July, the concerts will run through the month of October, with a final concert by The Mighty Untouchables. She said the weekend after the final concert is El Cajon’s yearly HauntFest, where they will also have a couple of bands playing for that event.

“During all our events we will be following all of the requirements needed for COVID-19 at that time. As those change our guidelines will change also,” she said.

Zeman said they are incredibly happy with the concert lineup this year, but that they will do things a little differently this year.

“At least to start, we would normally have a band start at 6 p.m., play about an hour, have a short intermission, and then they would play again,” she said. “This year, in order to minimize people walking around, we are going to have the band start, and depending on the band, they will play from 6-7:30 p.m. and some will play until 8 p.m. But there will be no break to begin with, just to minimize interactions. We are still going to have vendors and everything like before. One of the things we like to do at the concerts is holding an opportunity drawing and we throw t-shirts out to the audience. We are not going to do that, at least to start, because again, it is just more close interaction with people taking money, giving tickets, and people bumping into each other trying to catch the t-shirts. Maybe by the end of the season we will be able to pick that back up, but I think for sure we will start those activities again next year. But then, it is mostly about the music anyway. Right? The bands that we have this year are going to be really good. We try to mix it up with the musical lineups.”

Zeman said it was hard for the organization to support businesses during the pandemic, especially at the beginning when restaurants and businesses closed completely or had limited hours.

“We would still send out emails and things, but it was really hard letting people know what businesses were open for takeout, but without the events, it was tough to get people into downtown El Cajon,” she said. “Plus, the county courthouse was closed. Many people visiting the courthouse, go to downtown for lunch during their breaks, so all of that was kind of cancelled. We started seeing more people at the courthouse beginning in May, so now more are getting out, but it was tough. I even spoke to a juror who said they were not allowed in the jury room, they had to call in, and that is a couple hundred people that are there every day. We will see how it looks after June 15.”

Zeman said it lost a couple of businesses during the pandemic, including her favorite, El Mariachi Mexican Food, but that most places made it through, like the Downtown Café, Por Favor, American Diner, URBN, and others.

“Everybody is looking forward to June 15, and we just moved into the Yellow Tier, so everyone is excited about that,” said Zeman. “We are moving in the right direction, and we are looking forward to bringing people back to El Cajon. The car shows have been great so far, it is like people are walking around downtown El Cajon in 2019. On June 16, I think we will start the awards for the car shows again where we are handing out the awards, they line up the cars, get their pictures taken, and a small show on the stage.” 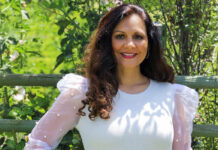 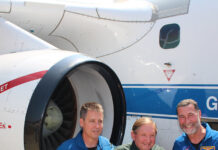 The Bouncing Bead store jumps to life with new owner