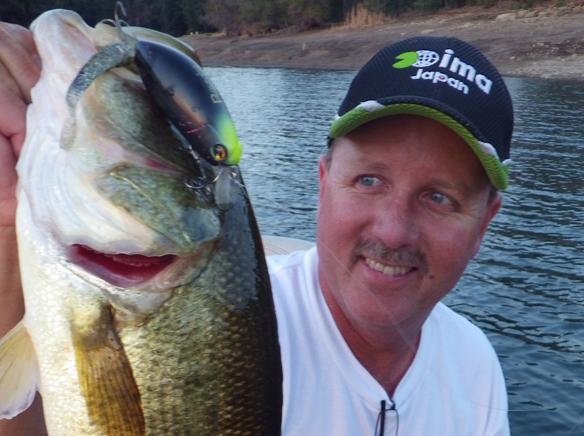 Some folks say that Lakeside rolls up its sidewalks at dark-o-thirty, and that there is nothing to do after 8 p.m., but not so in the eyes of Doug Burke, an avid fisherman at Lake Jennings.

Some folks say that Lakeside rolls up its sidewalks at dark-o-thirty, and that there is nothing to do after 8 p.m., but not so in the eyes of Doug Burke, an avid fisherman at Lake Jennings.

Burke is excited about the new fishing after dark program that started this Memorial Day weekend.  He said this is fun for all age groups and a good family event. Night fishing will be held every Friday and Saturday night through September, a good way to beat the East County heat. It begins at 5:30 p.m. and ends at midnight.

“When it’s 100 degrees during the day, it’s nice to have the option of fishing when it’s cooler,” Burke said.

All you need is some bait and tackle and a lantern. Fishing permits can be purchased at the bait shop or boat dock. Boats can be rented, bring your own boat or fish from the shore. Burke said it is neat to see all the lanterns along the shore and on the boats on the lake. “It feels like the Pirates of the Caribbean,” he said.

Everyone enjoys the stars and moon and you can hear animals’ sounds of the night and the fish are more active. During a full moon there is more animal activity and Burke prefers fishing three nights before a full moon.

Burke admits to having a “bass fishing addiction” and using CPR on the fish—that’s “catch, photograph and release”. He releases them so they can fight again another day for another fisherman.  He said there is a nice bait shop at the lake  plus the rangers and staff are helpful and friendly. The types of fish in Lake Jennings are large mouth bass, catfish, crappie, blue gill, red ear sunfish, carp and rainbow trout.

Ranger David Acevedo, said they stocked catfish last week and the smallest were 2-pounders and up to trophy size which is 5-6 pounders. A 6.5 pound catfish was caught last weekend. The record fish caught at Jennings was a 68-pound blue catfish in 2004 and the biggest large mouth bass weighed 17.2 pounds, back in 2005.

There is lake access every day from the campground side of the lake beginning at 7:30 a.m. until 5:30 p.m.

Day use permits for walking, picnicking and sightseeing are only $2. There is a 5-mile walking/hiking loop around the lake, with plenty of shade. Youth fishing is $3 and adults $8.

For the campground, there are spaces for tenting, partial hookups for smaller motor homes and full hookups for larger motor homes. Night fishing is attracting many locals and since it is a rare opportunity to fish at night, folks are coming from far and wide to give it a try. For further information you may check its web site at lakejennings.org.

Man sentenced for death of his cousin in Spring Valley

May you always have fair winds and following seas