I have lived in San Diego County since the Padres were in the Pacific Coast League and I have seen at least one Padres home game in person every year since 1970, so those players who complain about teams not signing free agents deserve to be on teams like the Padres who have never won a World Series.

Ray Kroc used his McDonald’s money to save the Padres from being moved to Washington and was not afraid to spend. He bid on Catfish Hunter and Andy Messersmith but was outbid. When the first full free agent crop sought new teams Ray Kroc also sought Reggie Jackson, who went elsewhere. Ray Kroc did sign Gene Tenace and Rollie Fingers.

Gene Tenace and Rollie Fingers were decent players, but those signings were at the expense of the Padres’ future. In 1976 Randy Jones won the Cy Young Award and threw 25 complete games while Butch Metzger, who was the Padres’ “closer,” shared National League Rookie of the Year honors. If relief pitchers deserve to be in the Hall of Fame, that honor should be bestowed upon Rollie Fingers, but disrupting existing success wasn’t the Padres’ best move.

Gene Tenace would have relegated Fred Kendall, who caught Randy Jones during the previous two years when the pitcher won 42 games, to a backup had the Padres not traded Fred Kendall and two other players to the Indians for George Hendrick.

It should also be noted that all four of the Padres’ farm teams in 1976 won league championships. What worked for the Dodgers might have worked for the Padres if a reliance on player development had taken precedence over signing established stars.

The next year the Padres signed Oscar Gamble, whose nickname became the $2.5 million mistake. The following year Ray Kroc tried to sign Pete Rose but settled for Jay Johnstone. In 1980 Ray Kroc sought Nolan Ryan but instead the Padres ended up with Rick Wise and John Curtis.

The Padres finished last in 1980 and fired their general manager. Jack McKeon took over, and his philosophy was that the Padres should pay a high-priced free agent if that could take the team from second or third to first but not to take the team from sixth to fifth or fourth.

The focus on young players gave the Padres two last-place finishes in the 1981 split season, but they were competitive in 1982 and signed Steve Garvey in the off-season. They signed Goose Gossage in the following off-season and reached the World Series. The Padres tried to sign Rick Sutcliffe after the 1984 season but settled for Tim Stoddard.

In the first so-called collusion year the Padres signed Dane Iorg, who was one of only two free agents signed.

The Padres escaped the cellar in 1986 but went back to rebuilding. They did not sign Tim Raines, who would have done little in terms of the Padres being in the hunt for a division title, but in 1987 Benito Santiago was the National League’s Rookie of the Year and in 1989 the Padres were not eliminated until the final week of the season.

Some teams shouldn’t sign veteran free agents, and that’s not for monetary reasons. 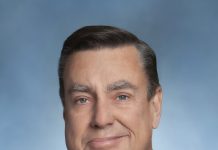