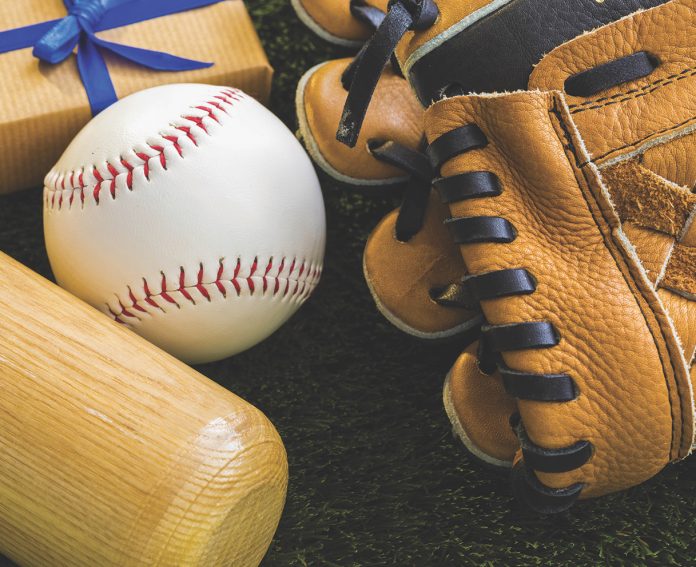 The West Hills High School baseball team scored four runs in the top of the seventh inning to snap a 5-5 deadlock with host Washington Union to lay claim to a 9-5 victory and rights to the Division V-A Southern California regional championship last Saturday in Fresno.

The regional championship is the first in school history for the Wolf Pack, which won the San Diego Section Division IV title the previous weekend.

The second-seeded Wolf Pack led 5-1 through the opening three innings before the top-seeded Panthers (19-14) mounted a three-run rally in the bottom of the sixth inning to tie the game at five-all.

The visitors loaded the bases in the fateful seventh inning. Ryan Parker blasted a double to score two runs to put West Hills ahead 7-5. Owen Rodgers scored on a wild pitch to place the Wolf Pack up 8-5. Connor Evans completed the comeback with a RBI-single to plate the fourth run in the frame.

Starter Kyle Dobyns started the game for the Wolf Pack while Jacob Villanueva finished the game on the mound.

The teams finished the high scoring game with 10 errors.

The Wolf Pack advanced to the regional championship game following a 7-3 win over visiting Arroyo Valley two days earlier. West Hills snapped a three-all tie against the third-seeded Hawks (14-10) with a four-run rally in the bottom of the sixth inning.

Aaron Petersen and Evans both stroked triples to key the game-winning rally. Petersen opened the frame with a three-bagger and came around to score on an ensuing basehit by Villanueva.

Evans tripled with two outs and later scored on a wild pitch. He finished the game four-for-four at the plate with three RBI.

The Wolf Pack dug itself out of an early 3-0 hole. Parker singled for two runs while Evans later tripled to knot the teams at 3-3.

Eron Drake started the game for West Hills while Dobyns finished the final 1.2 innings by allowing just one hit.

The Wolf Pack, which defeated Mission Vista, 4-0, in the Division IV section final on June 19, opened the regional playoffs with a bye in the five-team bracket.

Christian fell just one game short of tying the school record of 19 consecutive wins in a single season.

The Patriots looked to achieve that goal after building a 2-1 lead in the top of the fifth inning. But the host Highlanders (25-10) rallied with three runs of their own in the bottom half of the frame to collect the runs they needed to win the game.

Brady Bingham and Hunter Kaul scored both runs for Christian, which received a complete game effort from sophomore Vaughn Major (three hits, seven strikeouts). All four La Habra runs were unearned as the Pats were charged with five errors.

Christian had better luck in the semifinals by recording an 11-1 win over sixth-seeded Wildomar Elsinore (20-8) to advance to the regional championship game.

Steele Canyon (23-12) finished runner-up in the San Diego Section Division II playoffs but received the No. 5 seed in the Division IV Southern California regional playoffs. The Cougars did not go out without making some noise in the bracket.

Steele Canyon, braced by a one-hitter by junior Ray Marrero, upset host Citrus Valley, 1-0, in a quarterfinal game on June 22 to set a school record for most wins in one season. Senior shortstop Sebastian Granados scored the lone run in the game in the first inning after reaching base on a hit, stealing two bases and scoring on a ground out by senior teammate Jake Entrekin.

The Cougars were unable to advance after running into a buzzsaw in the guise of top-seeded Simi Valley Royal (24-6), which ended Steele Canyon’s season with an 11-0 victory in the semifinals.