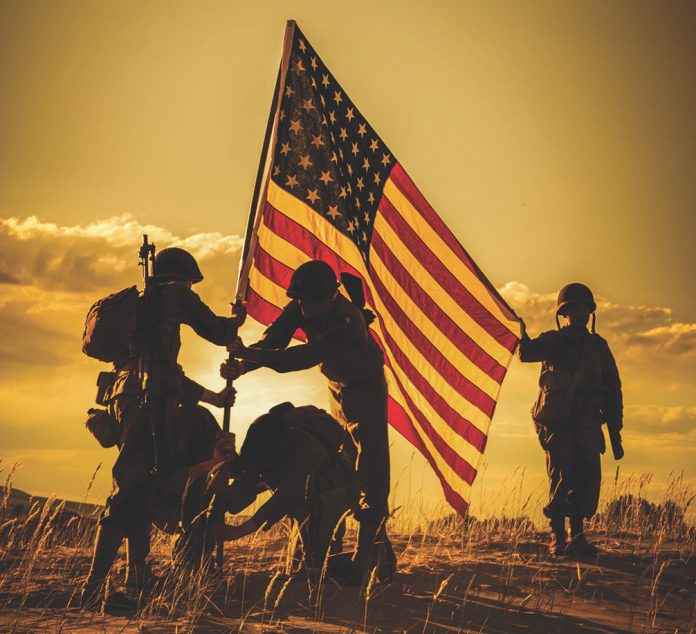 Veterans Treatment Court, which diverts criminals with current or prior military service through treatment programs rather than incarceration, has reached the ten-year mark and helped 141 veterans get specialized treatment instead of jail time since its inception in February 2011.

The criminal court considers treatment rather than incarceration when sentencing a defendant who has served in the military and shows symptoms of some mental health conditions.

“The treatment court holds those offenders accountable while looking at the underlying causes that led them to crime. The mental health issues, the substance abuse— it’s a treatment that’s specific to veterans,” San Diego County District Attorney Summer Stephan said.

Participants, who must plead guilty, take part in a three-phase program that lasts between 15 and 60 months, including treatment specific to an individual’s needs and a community service project rather than serving jail time.

“In San Diego, we’ve got the largest population of Iraq and Afghanistan veterans in the country” and resources are abundant to offer them treatment, therapy, ongoing care, San Diego County Deputy District

There are 1.7 million Iraq and Afghanistan-era veterans, according to a 2009 study completed by independent research organization RAND, and about one in five have mental health issues stemming from their time at war.

“It can be so hard to adapt to society when you’re dealing with things like post-traumatic stress disorder. It is really important to let veterans know their crime doesn’t define them,” Alpine Veterans of Foreign Wars Vice Commander John Paul Sullivan said.

San Diego County Probation Department Deputy Chief Denise Huffhines, who works with Adult Reintegration and Community Supervision Services said Veterans Court has helped quite a few individuals in San Diego County get the help they need over the past ten years while still meeting the requirements of their probation period.

“The counseling and support these veterans receive helps to lower crime, reduce recidivism, rebuild lives, and ultimately helps them to complete their probation period as part of sentencing,” Huffhines said.

Veterans Administration Public Affairs Specialist Chris Menzie said their healthcare system has partnered with the court since the beginning and is represented by a veterans justice outreach specialist who “provides linkage to appropriate referrals to VA and community services, primarily for housing, mental health, and substance abuse treatment” as well as connecting veterans to legal resources.

Veterans who successfully complete the program can see their court fees waived and might have their charges entirely expunged.