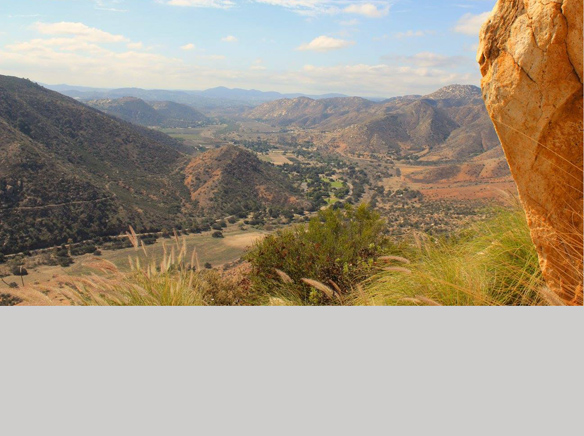 Few birds and a glossy snake may win the battle in the El Monte Valley against a company that seeks to make about $2 billion in profit if its sand mining project gets approved by the San Diego County Board of Supervisors.

Few birds and a glossy snake may win the battle in the El Monte Valley against a company that seeks to make about $2 billion in profit if its sand mining project gets approved by the San Diego County Board of Supervisors.

El Monte Nature Preserve, LTD, a sand mining company formerly known as the El Capitan Golf Corse, LLC. settled in court in 2014 with the previous landowner, Helix Water District, to buy approximately 230 acres of land in the El Monte Valley for $9 million. The sand mining company has another year to pay it off and start digging if the mining permits get approved.

Right now, the process of changing ownership is going through the phase of completing the Environmental Impact Report that will determine the potential damage of the mining project to the flora and fauna in the valley. United States Geological Survey recently submitted its preliminary report. Based on the information gathered so far, USGS scientists surveyed the valley for one year and found out a population of more than 23 glossy snakes, a protected species, which places the El Monte Valley on the 8th place nationally when it comes to glossy snake habitat. This is huge news for the local community who is against the sand mining deal and fights to stop it.

Glossy snakes are non-venomous, constrictor reptiles found exclusively in the Southwest and can be identified by their round pupils, which help distinguish them from gopher or night snakes with which they share similar colors and patterns. Being nocturnal, the glossy snakes can be seen in the river bed along El Monte Valley after sunset, slithering through the sand with their white underbelly while hunting lizards, birds and small mammals.

El Monte Valley is also an ancient home for other several endangered and protected species such as Least Bell’s Vireos, California Gnatcatchers and a rare butterfly found nowhere else, the Quino checkerspot. This butterfly used to be one of the most common species in California, but slowly disappeared due to encroachment. The Quino checkerspot was listed as federally protected 20 years ago and its population continues to decline.

Do not get fooled by the size of the grayish-yellow-bellied Least Bell’s Vireo. This bird can sing and one way to make it come closer to hear its thrill is by playing a bird song on your phone. This bird status right now is listed as “near threatened.” The Bell’s Vireo lives in shrubs, chaparral and brushy areas, such as El Monte Valley.

The California gnatcatchers living in the valley are also endangered birds because of the rapid housing development in Southern California and due to the spread of cowbird parasitism that makes the nesting difficult. This bird thrives in low brush areas populated by buckwheat, sagebrush and other kinds of scrub. The Gnatcatcher feeds on insects and spiders and sometimes on berries.

The proposed sand mining project will destroy the habitat for these protected species and there is no guarantee the snakes and the birds will return to the valley once the project may be completed in 15-30 years from now. However, these are only a fraction of the many species of flora and fauna residing in the valley and that are now investigated under the Environmental Impact Report that is estimated to be completed by the end of this year, based on county sources.

According to the site reclamation plans that was updated in May this year, the sand excavations will be up to 35 feet deep, which locals fear will expose the San Diego County’s third largest aquifer to pollution and irreversible damage. This will greatly affect the community of El Monte Valley who relies on the aquifer for agriculture, equestrian business and domestic water use.

A major concern is related to a potential fatal disease known as The Valley Fever (Coccidioidomycosis) caused by a fungus that lives throughout El Monte Valley soil which could be released by sand mining and when blown by the wind could affect countless people beyond the Lakeside area.

Based on the CEQA comments filed by the public with the county, the West Nile virus is another danger feared by the locals. A huge body of stagnant water in the El Monte Valley may pose a serious health risk to the people and animals in the area.

El Monte Valley is also a popular and essential part of the equestrian businesses and the locals fear that destroying the horse trails would greatly affect the large equestrian boarding facilities in Lakeside, known for its endless miles of trails.

The valley is known for its steep mountains guarding a beautiful scenic natural corridor ending into El Cajon Mountain, the biggest monolithic formation in San Diego county which can be seen from downtown San Diego. Many people of East County have voiced that all this beauty will be forever lost for the generations to come.

Jonathon Q. Richmond of United States Geological Survey (www.werc.usgs.gov/person.aspx?personID=129 ) will present his EIR field study research on reptiles of protected and special interest in El Monte Valley at the Lakeside Christian Church on Oct. 17 from 7 p.m. to  9 p.m.