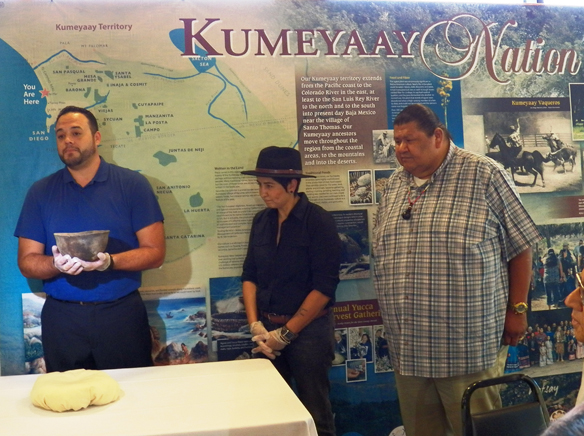 Cross-border criminal activities are notorious, acknowledged as especially difficult to prosecute. The most commonly publicized such crimes, involving transfers across international borders and similar jurisdictional boundaries, are about drugs transported over borderlines, or illegal weapons trading, or human trafficking in girls and boys for sexual slavery purposes or for illegal immigrants as cheap, easily exploitable laborers.

Cross-border criminal activities are notorious, acknowledged as especially difficult to prosecute. The most commonly publicized such crimes, involving transfers across international borders and similar jurisdictional boundaries, are about drugs transported over borderlines, or illegal weapons trading, or human trafficking in girls and boys for sexual slavery purposes or for illegal immigrants as cheap, easily exploitable laborers.

But what about cultural artifacts that demonstrate the history of a people but are prized by collectors? What about trafficking these looted items across the borders of tribal lands here within the U.S.? Those transfers of cultural heritage emblems are cross-border crimes every bit as much as other forms of illegal trafficking in narcotics, weapons and persons. These crimes are also lucrative big business for the criminal actors, garnering nearly as much ill-gotten gain as more well-known cross-border illegalities.

The Sycuan Band of the Kumeyaay Nation hosted a first-ever Cultural Heritage Symposium on Aug. 3. The day-long event was staged to discuss the problem, to further cooperative efforts in combating and rectifying such crimes, and to increase general awareness of the subject.

The symposium brought together tribal representatives with members of the department of U.S. Immigration and Customs Enforcement from ICE’s Homeland Security Investigation arm. Other expert presenters in attendance at the symposium included members of relevant federal and state law enforcement agencies and local museums. The event was held at the Sycuan Tribal Hall.

The scheduled agenda began with an opening blessing of a tribal elder’s prayer and traditional Kumeyaay bird singers. Cody J. Martinez, current chairman of the Sycuan Band of the Kumeyaay Nation, welcomed presenters and attendees, noting tribal elders and dignitaries for special recognition. “Today’s symposium is about preserving our culture and heritage,” Martinez said. “We have an ancient culture here.”

Dave Shaw, San Diego HSI Special Agent in Charge, provided a brief overview of the history of laws enacted to make trafficking in cultural property illicit. Countries in Europe put laws on the books during the 1800’s. During the 1970’s, a United Nations conference resulted in international commitments to secure and repatriate cultural heritage artifacts. Trafficked items stolen from archaeological sites run the gamut from sculptures, paintings, tools, coins, textiles, documents, and human and animal remains. Shaw stated that there are 204 offices dealing with these crimes throughout the U.S., another 66 around the world. These efforts have returned over 7,000 cultural properties to 27 countries.

After concluding his remarks, Shaw invited Martinez and tribal representatives to receive an ancient utilitarian pot that had been taken from the Dehesa Valley. An Alpine resident voluntarily surrendered the clay vessel to HSI special agents in May. The pot was thought to have been used for cooking.

Martinez marveled while carefully handling the pot, “This is beautiful. Thank you very much on behalf of the Kumeyaay Nation.”

Subsequent symposium sessions featured pointed exchanges by Kumeyaay tribal members with investigators, prosecutors and museum curators. Tribal leader Steve Banegas said, “This is serious and powerful to us.” He commented about the relevant laws having been on the books for 20 years, with surprisingly little use of the laws.

Anne K. Perry, a prosecutor from the local U.S. Attorney’s Office, said that the cases are “few and infrequent.” She related that she has handled eight prosecutions, none recently. The laws are Title 18 matters, known as the Archaeological Resources Protection Act and the Native American Graves Protection and Repatriation Act. These can involve looting, theft and desecration on public as well as tribal lands. Violations are punished with fines and imprisonment.

Perry explained obstacles for these cases. Possession of an artifact can be innocent if the piece has been handed down. Adequate proof of an authentic nature and historical importance of an item in question must be established beyond reasonable doubt to a 12-member jury empanelled for a trial. Questioners countered by asking how often — and even whether — the courtroom expert testimony is provided by Kumeyaay experts. Archaeologists untutored in Kumeyaay philosophy, beliefs and principles may recognize some artifacts but fail to comprehend others from not understanding what a particular item means to the Kumeyaay. A suggested recommendation for resolving this problem was changing or detailing the “cultural patrimony” showing that is required.

An especially heart-piercing segment of the symposium delved into return of stolen human remains. There is no reburial ceremony among the Kumeyaay. For recently repatriated remains, tribal leaders treated the event “like a funeral,” and expressed that they felt disarray, pain, disorder and disturbance over what had transpired. California state laws also prohibit violation and desecration of gravesites.

Richard Negretti, from the District Attorney’s Office, kicked off his remarks to the audience by describing the partnership as a government-to-government relationship that had been established in April 2001, to deal with Indian gaming and associated crimes committed on tribal lands around and in area casinos. The Sycuan Band has a memorandum of understanding with the DA’s office as part of the DA’s Tribal Liaison Program. But even with that, representatives of the office disclosed that they were not aware of the issue of looted cultural heritage artifacts.

Another line of pointed queries inquired whether any government agency, agent acting in official capacity, or recipient institution receiving government funds had ever been prosecuted under relevant laws. The prosecutors responded that such cases were “unlikely” for agencies and that they knew only of prosecutions against private actors. The prosecutors suggested the possibility of filing civil lawsuits to handle these complaints.

Chairman Martinez said, “One purpose of this symposium is bringing everyone together here to explore how members of federal, state and local law enforcement and tribal leaders can work together.” He singled out the DA’s office, “Thank you for developing a progressive relationship with us.”

The morning portion of the symposium was open to the public, including journalists. Afternoon sessions, which dealt with criminal investigations, were closed.

El Capitan High celebrates with a parade of cars