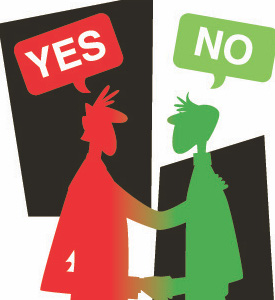 My name is August Scalzitti. I’ve been in the Santee community for 43 years.

Twenty years ago, my wife and I bought a house overlooking the San Diego River and the Carlton Oaks Golf Course. During our time here, my wife and I have often seen wild deer and a wide variety of birds on a regular basis, even when golfers are present.

Now, there are developers proposing high density housing (approximately 90 homes) in the area the original city planners said was to be open space. The river, wetlands and wildlife will all be impacted and much will be destroyed.

The first city plans were not simply thrown together without any purpose or thought they considered critical community elements such as commerce, parks, recreation, traffic and open space. Mathematical equations were utilized to determine the appropriate ratio of open space and development. The San Diego River, city parks, the golf course and trail systems were all factored into the original plan for our town.

The original planners also considered the hard-working people who would live here with their families. Santee was planned by our own residents, not developers out to turn a profit. The residents of Santee are not obligated to turn over our open space to out of town developers so they can get rich.

Current city council needs to represent the people, the residents, not developers.

Letter to the Editor-Supporters of Measure S in El Cajon