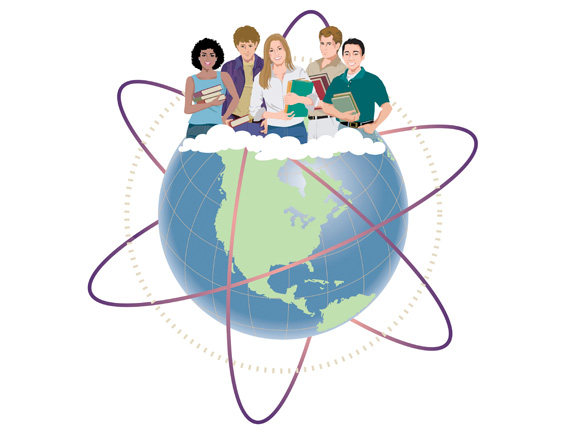 On Oct. 13, Governor Jerry Brown signed a bill by Assemblymember Jacqui Irwin (D-Thousand Oaks) requiring community colleges to put high school grades at the center of placement decisions, and give more students the opportunity to bypass remedial courses and begin directly in college-level English and math.

On Oct. 13, Governor Jerry Brown signed a bill by Assemblymember Jacqui Irwin (D-Thousand Oaks) requiring community colleges to put high school grades at the center of placement decisions, and give more students the opportunity to bypass remedial courses and begin directly in college-level English and math.

Each year, more than 170,000 California community college students start their education in remedial math, and more than 110,000 of them will never complete the math required for a degree. The system has not been working as intended, and flawed placement practices are responsible for an estimated 50-60 percent of the racial achievement gaps in college completion rates.

AB 705 will require colleges to use students’ high school grades rather than standardized tests to make accurate and equitable placement decisions, and ensure students are placed into courses that give them the best chances of completing college-level courses within a year. Research from other states suggests that the new law will produce a stunning increase in student completion rates.

“Thousands of students every semester are wrongly placed into remedial courses that unnecessarily delay their timelines toward graduation,” said Irwin. “Placement tests as the sole indicator for student placement put California’s students at a disadvantage. By allowing students to be placed based on the best of multiple measures, including high school coursework, we find that they rise to the challenge and transfer or start their careers more quickly.”

Research from the Public Policy Institute of California shows that, until now, more than 80 percent of incoming California community college students began their education in remediation. This roadblock drastically reduces students’ chances of completing college, and relatively few move on to even complete a college-level course.

Now, AB 705 will prohibit colleges from placing students in remedial courses unless evaluations that include high school work show they “are highly unlikely” to succeed in college-level courses.

In addition to requiring colleges to recognize high school grades, AB 705 also enables colleges to offer corequisite models of remediation, which allow students to enroll directly into college-level classes with extra support. National research has shown this approach is much more effective than remedial courses that delay students’ progress toward a degree, and early results in California confirm this.

At Cuyamaca College outside San Diego, students’ completion of transferable, college-level math skyrocketed after the school introduced reforms like those in AB 705. Overall, students are now seven times more likely to complete college math than students in traditional remedial courses. Among African American students, completion is nine times higher. Their results are featured in a new report, Leading the Way.

“The reforms in AB 705 are student success and equity imperatives,” said Cuyamaca College President Julianna Barnes. “Governor Brown’s signing of AB 705 moves California one step closer to ensuring that every student has the opportunity to succeed.”

“The data are clear that traditional placement and remediation strategies are failing the vast majority of California community college students,” said Eloy Ortiz Oakley, Chancellor of the California Community Colleges system, whose new strategic plan, Vision for Success, includes ambitious goals for increasing college completion and reducing achievement gaps. “Through courageous conversations and leadership, Cuyamaca College transformed a challenging problem into meaningful action. The early results from this model provide a strong endorsement for implementing these and similar reforms across the system.”

Remediation: a roadblock to student success

Each year, more than 170,000 California community college students start their education in remedial math, and more than 110,000 of them will never complete the math required for a degree. The system is not working as intended, and flawed placement practices are responsible for an estimated 50-60 percent of racial disparities in college completion.

The changes implemented at Cuyamaca College illustrate the gains that a new bill, AB705, could make possible statewide. Authored by Assemblymember Jacqui Irwin (D-Thousand Oaks), AB705 will require community colleges to put high school grades at the center of placement decisions, and give more students the opportunity to bypass remediation and begin directly in college-level English and math. The bill passed both the California Assembly and Senate with unanimous, bipartisan support.

“Developmental education reform is a success and equity imperative,” said Cuyamaca College President Julianna Barnes. “Our results show what is possible when colleges advance an equity-minded culture and transform placement and remediation. As a state, we need to do everything in our power to make sure every student has the opportunity to succeed.”

In the past, when Cuyamaca relied primarily on a standardized test to place students into math courses, three out of four incoming students would revisit K-12 math for up to two years of remedial classes. Just 10 percent would complete a transferable, college-level course within a year, and many demoralized students would leave college altogether.

Caleb Rendon-Guerrero, one of the students featured in Leading the Way, was at risk of having his college dreams derailed by remedial math requirements. A placement test determined he needed a year of remedial math before he could enroll in a class that counted toward a bachelor’s degree. Before he ever stepped foot on campus, Caleb feared he wouldn’t graduate.

“I was just starting to turn my life around, after spending years on the streets and in the criminal justice system,” said Caleb, now in his second year at Cuyamaca College. “I was ready to be the solution, not the problem, for my family, and I felt like I was spinning my wheels just trying to get started.”

Instead of requiring students to take remedial courses that delay their progress toward a degree, Cuyamaca now allows them to enroll directly into college-level math with 2-units of additional support from their instructors. Among first-time students enrolled in transfer-level math with support, 67 percent successfully finished the course in one year, up from 10 percent of those starting in traditional remediation the year prior.

Caleb enrolled directly into College Statistics with support and earned a B in the class. His goal is to earn a bachelor’s degree in sociology, and open a nonprofit to help other students like him.

“The opportunity to enter directly into college-level statistics changed my education — and kept me from becoming a statistic,” Caleb said. “I got a path forward — and I’m not looking back.”

A vision of what’s possible

The results from Cuyamaca College illustrate what students can achieve when colleges transform remediation. Among first-time students in the concurrent support classes, completion was higher across all pathways and all racial and ethnic groups than in traditional remediation:

Cuyamaca saw its largest gains among students who previously would have taken three or more remedial classes: their completion increased from 4 percent in two years to 56 percent in one year. Most students now complete math requirements in one semester, and students in math-intensive majors take, at most, one class that does not count toward a bachelor’s degree.

Leading the Way is the third installment in CAP’s series of publications highlighting community colleges transforming their remedial policies through reforms like those in bill AB705.  Cuyamaca was also featured alongside community colleges up and down the state in the Capacity Unleashed and Up to the Challenge reports.

“What Cuyamaca did was bold, but it wasn’t rash. There’s a large body of national evidence behind the changes they made,” said Hern. “Their success provides a clear vision of what’s possible, and, frankly, throws down the gauntlet to the rest of the community college system. We can’t keep doing what we’ve been doing.”

About the California Acceleration Project (CAP)

The California Acceleration Project (CAP) was founded in 2010 by two community college teachers who wanted to do something about the poor outcomes of students placed into remediation. CAP is a faculty-led professional development network that supports the state’s 114 community colleges with the goal of transforming remediation to increase college completion and equity. CAP colleges implement reforms that increase student completion of transferable, college-level English and math requirements, a critical milestone on the path to degrees and transfer. These reforms include using high school grades in placement, tailoring math remediation to a student’s chosen program of study, replacing traditional remedial courses with corequisite support models, and teaching with high challenge, high support pedagogy.

Contributions from the Office of Governor Jerry Brown and Cuyamaca College. 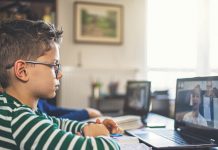 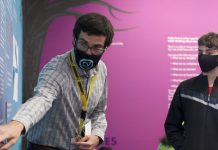