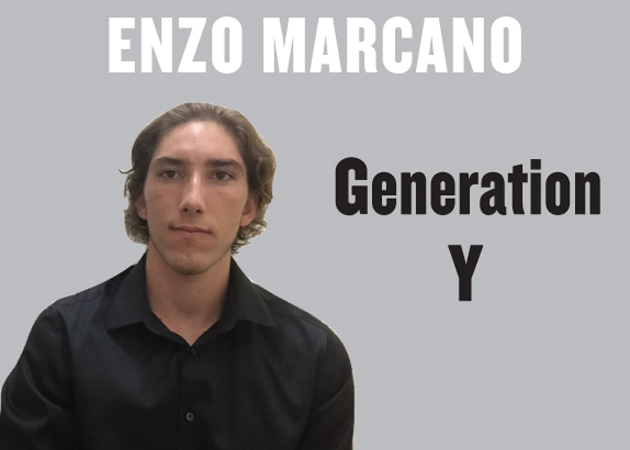 “The laws of science are sufficient to explain the origin of the universe. It is not necessary to invoke God,” said Stephen Hawking earlier this year. “Before we understand science, it is natural to believe that God created the universe. But now science offers a more convincing explanation.”

And my beliefs are completely in par with Hawking.

“The laws of science are sufficient to explain the origin of the universe. It is not necessary to invoke God,” said Stephen Hawking earlier this year. “Before we understand science, it is natural to believe that God created the universe. But now science offers a more convincing explanation.”

And my beliefs are completely in par with Hawking.

As early as 223,000 B.C.E, things not understood used religion as an explanation. Throughout the ages, religion evolved from numerous gods to explain everything, to a creator with many others who explain the rest, and a single omnipotent god, which is the reason for everything. It is socially unacceptable at this period in time to say you believe in the Greek God Zeus or the Egyptian God Ra, because these ideas are “outdated.” But ancient religion and modern religion are not vastly different.

Most, if not all claims made by the Bible on the physical world have been disproved. The universe was not formed in six days, life did not emerge from dust, and stars cannot fall from the sky.

History shows us God was only placed the unexplained. In his book, Isaac Newton, only mentions God at the end, as he reached the limit of technology available at that time. Ptolemy, who had the idea of a geocentric universe, could not explain the planets and stars and so he invoked Zeus. He was limited because of the time he lived in. This is known as “The God of the Gaps”- explaining what, at the time, could not be by other means. As Neil deGrasse Tyson described it, “God is an ever-receding pocket of scientific ignorance.”

On a spiritual or supernatural level, or even morally, is God significant then? For some, God brings solace and comfort. Ironically God is the reason for more than 55 million deaths per day—world hunger, disease, crime, corruption, discrimination, and the list goes on. Other claims by the Bible tell followers to put homosexuals to death, and to stone non-virgin women. Additionally, the Bible records God killing 25 million people—the Devil topping at 60.

I often come upon confusion when I observe followers looking to God for solace and morality, and more confusion understanding why an omnipotent god would allow such heinous acts to take place in his universe and to his own children who were created in his own image. Many describe this as God working in “mysterious ways.”

I do not think morality is exclusive to Christianity or to any religion. Charles Darwin observed this in humans and other social animals describing it as “natural morality,” or that our morals come from how we evolved rather than societal norms or religious teachings.

In this day and age, the world has no room for any God(s). Science has consistently answered our question and all we must do is look to ourselves for morality. I think it is time society recognizes religion as insignificant to the modern world and faith itself as the denial of observation.

Is God significant? No, I believe not.

Dear church members, to be divided is to be conquered