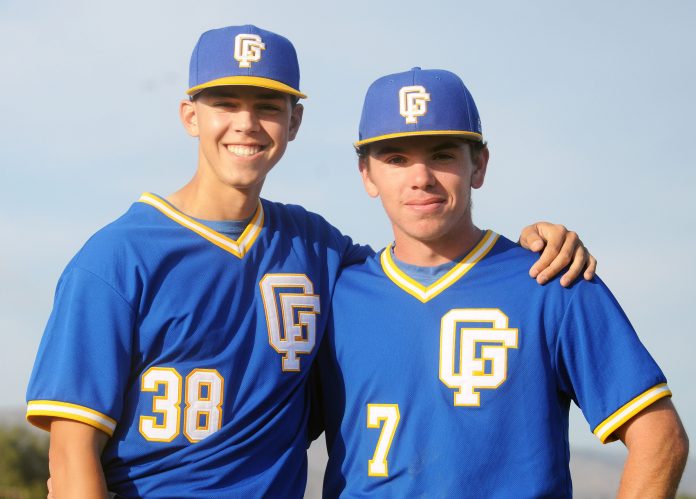 The prospect of meeting new opponents, especially highly touted teams from far off locales, is a major drawing card for the long-running event.

The prospect of meeting new opponents, especially highly touted teams from far off locales, is a major drawing card for the long-running event.

New this year, however, was the showcase Open Division that featured a host of state- and nationally-ranked teams.

Eastlake, the reigning San Diego Section Open Division champion, was included in the same pool alongside La Costa Canyon and Madison from the San Diego region and Vista Grande from Casa Grande, Ariz.

The local teams held their own in the talent-heavy mix.

San Marcos blanked Eastlake, the top-ranked team in the section to start the season, 4-0, in the semifinals and then went on to top Rancho Bernardo, ranked third among section teams, by a 10-2 score in the championship game.

The tournament featured as many as five games stuffed into a four-day span, stretching the pitching depth of many teams.

Grossmont finished 1-2 in pool play with a 10-5 loss to Clackamas, a 6-4 loss to Rancho Bernardo and a 2-0 win over Bishop Gorman. The Foothillers no-hit the Nevada team to earn a gold star.

Grossmont wrapped up tourney play with a 9-1 loss to Elk Grove in a consolation game.

“We played the four most challenging opponents we’ve faced this season besides Eastlake in that tournament,” Grossmont coach Jordan Abruzzo said. “We gave up a three-run homer with two outs in the seventh inning to lose to Rancho Bernardo. To play teams of that caliber and do as well as we did, it gives us some confidence for the rest of the year.”

Parent struck out four Barons and issued one base on balls. He was within one out of tossing a two-hitter before the hosts rallied with back-to-back hits with two down in the bottom of the seventh inning.

It was his first complete game of the season.

“I like to attack the batter,” explained Parent, who sports a 3.30 earned-run average and one save to go with a 1-1 record on the mound. “I like to get ahead in the count and pitch for contact. I rely on the defense behind me.”

Hyde threw 85 pitches in notching the first no-hitter of his varsity career against Bishop Gorman. He struck out seven batters and issued one base on balls in the personal milestone game.

“It was pretty exhilarating,” admitted Hyde, who is playing his first varsity season. “During the game, I was extremely focused, trying to be as effective as I could. I like to locate my spots and attack the strike zone. It was super exciting to beat a team like Bishop Gorman. I give a lot of credit to the people behind me. I couldn’t have done it without their defense.”

“We’d really like to break into the Open Division and win it,” Parent said. “We want to compete at the highest level possible.”

Helix Highlanders back on familiar turf as 2018 high school football...