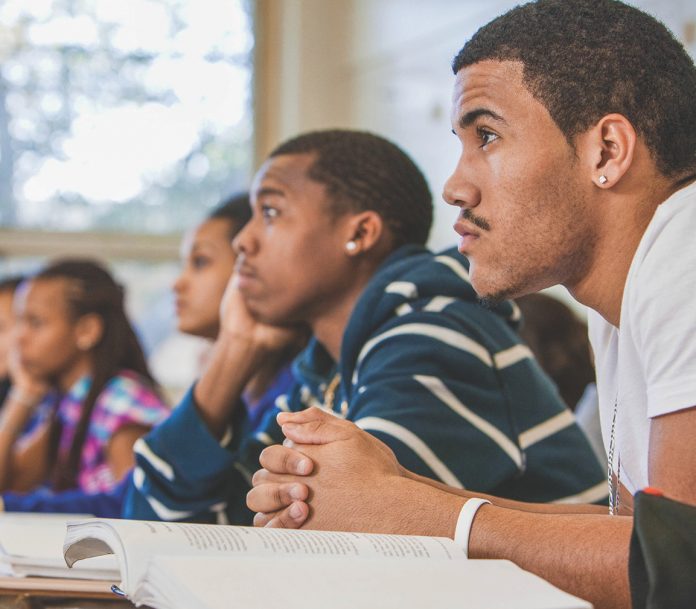 Grossmont Union High School District schools are beginning to create and release plans that will close out this unprecedented school year where students have yet to complete a full week of learning on campus, and pave the way for the following school year.

Superintendent Theresa Kemper announced last week that the district will move to Level 4 of its reopening plan beginning the week of May 3, in which students who are now attending classes in-person will be able to do so four days per week, twice as much as they have been on campus.

“One thing we have seen through this process is students recognize there’s been a struggle to stay motivated. It’s kind of nice from the educators perspective to hear students say ‘I need my teachers because it’s hard to teach myself’. Just the routine of getting up in the morning, getting out of the house and going to school helps provide structure and schools have been trying to find ways to provide more of that,” Kemper said.

The superintendent also said the district would work toward having traditional commencement exercises but each school would be responsible for its own activity.

In a sampling of over 900 students, she said, students all said they wanted a graduation as close to traditional as possible so school administrators are trying their best to get creative and make that happen.

“We will have students on the field. Depending where we are with spectator guidelines at the time, we’ll have to monitor how people come into the event but we’re trying to get people back to more normal activities,” Kemper said.

Academic interventions are being applied across most of the high schools to reconnect students with high school “academically as well as socially,” Kemper said, with counselors on watch to call home for this last stretch of the year when they see students falling behind.

Simultaneously, summer school is being redesigned to accommodate twice as many students as usual who have failed a class or who are college bound but got a ‘D’ in a class and therefore won’t meet California State University requirements unless they retake a class.

“We’re putting a lot of money into summer school this year. Usually we schedule one three-week session; this year, we’re scheduling two three-week sessions. We’ve asked principals ‘tell us what you need’ and we will make sure that can happen at schools,” Kemper said.

Already, the district offers a ‘fifth-year’ option for seniors who weren’t quite able to make it over the hurdle to graduation in four years and will likely see those numbers grow at the end of this year as well.

“For a number of years,” Kemper said, “we’ve provided a fifth year option. We discovered years ago when we had a large immigrant population coming into El Cajon, that we had a lot of students with gaps in their education, who hadn’t been in school for four or five years. Some were barely literate in their home language, much less a brand-new language they were trying to learn”.

The district is “also doing grade repair before we get to the end of the year, giving students who were really close to the next grade in a course the opportunity to just make up that portion of the class for a higher grade,” Kemper said.

Best of all, she said, there will be something resembling traditional senior events as the year draws to a close with San Diego already in the less-restrictive orange tier and likely to see that lifted even more before June.

“Schools are all planning proms in parking lots, in quads, going above and beyond— there might even be fireworks in some quads. Some schools are not charging kids to attend the events because they’ve missed everything this year,” Kemper said, unlike last year’s senior class who saw the tail end of their year cut short.

Looking ahead to next year, she said, principals are already planning how to support this year’s eighth graders as well as next year’s sophomores who are essentially new to regular high school. Formal events are planned for both those groups, like connecting with counselors and teachers on campus, as well as informal “icebreaker” type events like bringing the sophomores together to reconnect with everyone in their grade level.

“There’s always a gap between eighth and ninth graders,” Kemper said with students coming in who have gotten used to being moved along even if they don’t pass a class or learn all the material.

“Then, they hit high school and they’re graded in every class. They learn, sometimes the hard way, if you fail a class you need to make it up or you might not graduate. This year, we’re going to have that regular ninth-grade awakening with the added component that many eighth graders might have become disengaged from school,” Kemper said.

The district will hire more teachers and an additional counselor for each school as well as bringing in more mental health resources so “we’ll be able to do more in-depth outreach and really keep tabs on where students are coming in,” Kemper said. The plan is to closely monitor grades and do a “temperature check” by the first progress report to analyze where kids stand compared to regular years.

“On a good note, things are looking up as we get students back on campus more often. We had 753 students come out of distance learning and you can see the happiness, the bright faces at schools. Teachers have said they feel like teachers again,” Kemper said.