Tests are being administered by Cal Fire and San Diego county firefighters.

“As the COVID-19 situation continued to escalate earlier this year, it became apparent that lack of testing was a major problem throughout

California Cal Fire and San Diego County Fire worked alongside San Diego county Health and Human Services Agency and collaborated on a plan to reach rural communities with mobile testing sites. These sites have now tested thousands of individuals, meeting the need for residents outside of the more populated portions of the County,” Shoots said.

At a recent test event held in Lakeside, Nick Johnson explained test subjects are able to drive into the test site and line up for check-in, then pull up when emergency medical technicians are ready to administer the swab-test.

Drivers and passengers are asked to remain in their car for minimal contact.

“The drive-by testing limits the potential COVID-19 exposure for everyone and reduces the burden on medical facilities. Additionally, if an individual does test positive they can take steps to protect those around them and potentially limit the spread,” Shoots said.

Although 180 appointments were made in advance of that particular testing day in Lakeside and appointments are heavily encouraged, Johnson said the team was ready to accommodate walk-ups.

Testing is being held in Chula Vista, El Cajon, Spring Valley and Alpine among other locations. A full list of test sites and dates for those locations is available at: www.covidtest.sandiegocounty.gov/ where appointments can be made.

Appointments can also be made by calling 211.

According to a June 20 press release from the California department of public health, there have been 3,234,412 tests conducted in California with signs of increasing test capacity.

In San Diego county, Shoots said local fire departments will continue to administer the free tests as long as there is a need in the community. 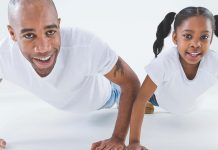 Healthy activities for kids of all ages