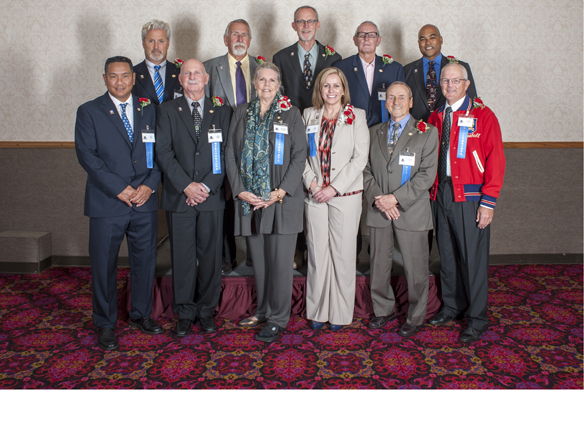 Cleves and Sato were inducted as Coaching Legends while Butcher was inducted posthumously with a Meritorious Achievement Award.  The San Diego Hall of Champions initiated the San Diego County High School Coaching Legends inductions in 1999.  In 2003 the Meritorious Achievement Award was created to honor administrators, media members, officials, sports medicine personnel, and other non-coaches who earned distinction in the San Diego County high school sports community.

Sato coached volleyball at Francis Parker as well as at West Hills and won four girls CIF Division IV championships.  As a player he was on the United States teams that won a gold medal in the 1988 Olympic games and a bronze medal in the 1992 Olympic games.  Although Sato no longer coaches a high school team, he currently coaches at the Epic Volleyball Club in Poway.

“What I loved the most was working with the kids,” Sato said.  “That was really rewarding for me.”

Butcher passed away in November 2016 at the age of 77.  He was the Granite Hills team physician for more than 35 years.  “He gave of himself and asked nothing in return but a smile, a hug, and care for others around,” said his son Richard Oliver Butcher II.