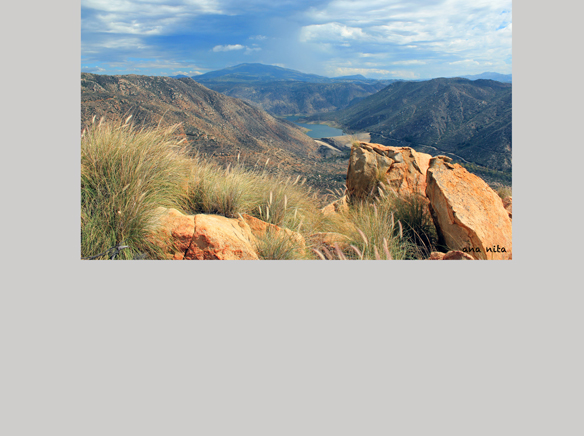 In the light of the recent development regarding the Clean Water and Clean Air Acts, several official inquiries about the status of a proposed sand mining project in the El Monte Valley brought further reveleations. For those who are not familiar with either subject, here is the context.

In the light of the recent development regarding the Clean Water and Clean Air Acts, several official inquiries about the status of a proposed sand mining project in the El Monte Valley brought further reveleations. For those who are not familiar with either subject, here is the context.

Hundreds of acres of incredible wildlife diversity based on the latest scientific studies conducted by the United States Geological Survey agency, this valley is not just the San Diego river bottom, but also the third largest aquifer in the county, spiritual heart of the Kumeyaay heritage, the heart and soul of this community. The valley is also the object of a massive dispute between the local community on one hand, and El Monte Nature Preserve, LTD, Helix Water District and the County Board of Supervisors.

El Monte Nature Preserve, LTD, formerly known as El Capitan Golf Course, LLC, illegally sand mined in the valley on the land leased from Helix Water District in 1998 and battled in court until a settlement was reached in 2015, when Helix agreed to sell the land (sand estimated at $2 billion) for $9 million. One of the sand miners’ partners is Michael Beck, hired to restore the sand pits left behind through his non-profit organization Endangered Habitat League. Beck is also supervisor’s Dianne Jacob appointee as the chairman of the San Diego County Planning Commission, which is seen by many as an obvious conflict of interest by the locals who repeatedly requested Jacob to demand Becks’ resignation and received no response for the past two years.

Finalized a year ago under Obama’s administration, the Clear Water Act (CWA) was initially passed by the Congress in 1972 and required land developers full disclosure of the waste dumped into waterways. This rule protects the source of drinking water for over 117 million Americans from pollution and toxic waste.  EPA and the Army Corp of Engineers rewrote the regulations in 2015 under the new Clean Water Rule. Despite the law, companies in the United States disregarded the regulations for more than half a million times in the past decade and most of them were not prosecuted.

According to EPA, the Clean Air Act (CAA) “is the comprehensive federal law that regulates air emissions from stationary and mobile sources,” which gives the agency the authority to decide the air quality standards by regulating “the emission of hazardous air pollutants” in order to protect the public health.

Recently, there is concertized attack to get rid of the Clean Water Act and Clean Air Act coming from all directions, mostly from big developers, agribusinesses and other polluting industries from around 31 states (California is an exception). In the first day of changing guards in the oval office, the official White House website deleted the Clean Water and Clean Air designated pages under the following explanation: “President Trump is committed to eliminating harmful and unnecessary policies such as the Climate Action Plan and the Waters of the U.S. rule.”

How is this going to affect the sand mining project in El Monte Valley?

The sand miners submitted the Environmental Impact Report (EIR) and a new Plot Plan on November 21, 2016 which replaces the modified version submitted in March last year. The new Plot Plan with maps and details is available for public view on the county website under “Current Projects/El Monte Sand Mining Project.” According to this, the four-stage project includes the construction of a drop structure on the east side of the valley. Usually, this type of mining structure is known to interrupt the underground flow of a river, in this case, the San Diego River, with repercussions on the sediment transportation, causing channel instability and lowering the water table. The first phase includes mining 10 feet above the water table (situated at 40 feet down bellow the surface) on 60 acres to start with, on an East to West direction, then South, moving on 54 acres more during Atage 2 and on additional 52 acres during Stage 3. Stage 4 “will complete the excavation of the Western part of the project.”

The EIR is currently under review by the county and not ready to be published in January, as initially predicted.  According to Robert Hingtgen, Planner at Planning and Development Services with the county of San Diego, “I don’t expect the DEIR and associated documentation and plans to be ready for public review until this summer at the earliest.“

After the EIR is posted, reviewed by the public through the CEQA process and approved, then El Monte Nature Preserve, LTD (sand miners company), has to apply for water quality permits with the San Diego Regional Water Quality Control Board. Chiara Clemente, Enforcement Coordinator with this agency, emphasizes the role of Clean Water Act for this project: “For instance, if they propose to discharge fill to federal waters or waste to state waters, they would need to request a Clean Water Act section 401 Water Quality Certification or Waste Discharge Requirements (respectively)…both of these are types of permits issued by our agency, and each of them is subject to (different) public review and disclosure requirements (separate from the CEQA process) focused specifically on water quality issues. “

Without the Clear Water Act in place, the sand miners may have clear path ahead not only to resurface one of the biggest source of clean water in the county, but also to pollute it without much restrictions. The aquifer in the El Monte Valley is part of the underground body of water that forms the San Diego River and connects the entire waterways upstream ad downstream of San Diego River.

Without the Clean Air Act enforced, the risk for spreading Valley Fever all over the county is very high and impossible to control.

Polluting the water and the air in El Monte valley is not just a local environmental issue, but also a San Diego County public health issue and ultimately a global issue considering the impact on the human health and the survival of the flora and fauna above the ground up and downstream the proposed sand pit.