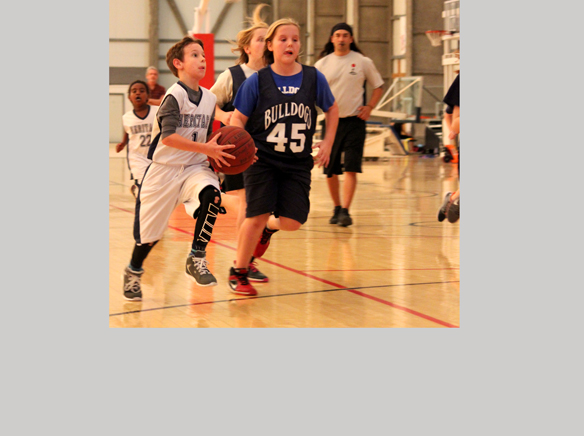 Cuyamaca College’s gym was thundering on Saturday night as the top teams of Christian basketball league Breakaway took to the glossy floor to battle for the 2016 girls’ and boys’ championship.

Two-time defending champs Heritage Christian School took on Christian Life Academy in a raucous set of games for the season title. Both matches were close, fraught with nail-biting, bleacher-shaking intensity.

Cuyamaca College’s gym was thundering on Saturday night as the top teams of Christian basketball league Breakaway took to the glossy floor to battle for the 2016 girls’ and boys’ championship.

Two-time defending champs Heritage Christian School took on Christian Life Academy in a raucous set of games for the season title. Both matches were close, fraught with nail-biting, bleacher-shaking intensity.

In the girls’ game, the scoreboard teetered evenly between the HCS Mustangs and the CLA Eagles, with the Eagles finally clawing their way to the top. CLA took the title home for the first time in three years with a win margin of three points.

If fans thought the excitement was done, the boys’ game proved them wrong. Again, the score inched up on both sides until the cheering and chanting from the stands drowned out the referee’s whistle. The Mustangs held a one-point lead for the final minute of the game to claim the championship for their third consecutive year.

“The intensity is awesome,” said HCS junior Daniel Gish. “We have great competition and everyone is a good sport.”

Gish has been playing with HCS for six years and has been wearing a varsity jersey this season. He started in the 10-and-Under program, a feeder that supplies JV and varsity teams down the line.

Judy Beckmann, the program director, said the K-4 and 10-, 12- and 14-and-Under teams were created as part of a family-focused vision.

“They don’t play in the league, they’re young, but we have them practice in the same location as our other teams,” she said. “That way the kids aren’t running around while their siblings are practicing and it’s also developing the skills in them to prepare them for moving up to each division.”

Beckmann helped found not only HCS’s basketball program in 2008, but was an integral part in the development of the current league.

“We started with 12 girls ages 9-18 on one team that had to play varsity, and we had seven boys who started off coaching themselves,” she said. “The third year we had determined that the league we were in was not a good fit for us. We had a lot of complaints from parents so we decided to start something new.”

Beckmann said she did not feel comfortable running a league and directing the program at HCS, so she approached Jennie Harris who now runs the Breakaway League. Beckmann spent the summer contacting schools to fill their new league, which currently has eight schools, and six club teams that supplement competition.

Breakaway operates under many of CIF’s standards, but places a special emphasis on the league conduct rules which include regulations like, “Players and coaches are to embrace integrity and be above reproach at all times,” “Coaches shall be an example of Godly character,” and “Coaches should not bad mouth referees or encourage talk about bad calls.”

Good testimonies, good sportsmanship and cultivating integrity are as essential to the core of the competition as the game itself, said HCS JV coach Glen Sykes.

“Competition is tough,” he said. “There are a couple teams in it for a great time and there are those of us who are fighting tooth and nail. But how we win or lose is much more important to me than whether we win or lose.”

Sykes has 20 years of coaching experience under his belt, of which the last two have been with the Mustangs. His team finished league competition on Friday, 3-5.

This year, HCS and several other Christian schools in the area banded together to create their own conference.

“Three years ago I started calling (the schools) to see how the league was going and see if we can all be in agreement for what we’d like to see for the future and for our players,” said Beckmann. “We meet together before season and after season to see how things went and plan new things for the future. This year we named the conference the Christian Athletic Conference.”

CLA Eagles’ assistant coach, Dave Turner Sr., whose son is head coach, said Breakaway has been a good fit for their school.

“When I first joined seven years ago, we were in CIF,” he said. “We didn’t really belong in CIF and we knew we had to get out. We found the California homeschool league, we found Heritage, and some other schools have risen up in that time, so we’ve got a pretty competitive league here.”

Beyond the competition, Turner reiterated how important it was to them that the league reflects their values.

“The biggest part is knowing the people on the other team honor Christ the same way you do,” he said. “They have that same spirit, that same desire to please him as they play, as they coach, as they conduct themselves.”

Beckmann said the league has been expanding its programs to add something new each year.

“It’s a very viable league which is exciting,” she said. “Last year we added alumni night. We have the alumni signing up online to play against our varsity teams. This year is our second annual and I’m excited to say that this year we are playing it at Cuyamaca community college. We are selling tickets, looking at maybe 300 people coming out for this.”

Other additions include the K-4 program added several years ago and a senior night to honor graduating players and their parents.

“I’m praying that I can get going in the direction we’re hoping to all see, although a lot of it may not happen until years after I’m gone,” said Beckmann. “The goal is to have it set in place to give homeschool players a great experience. We’re trying to give them an experience like CIF does but in a Christian environment.”