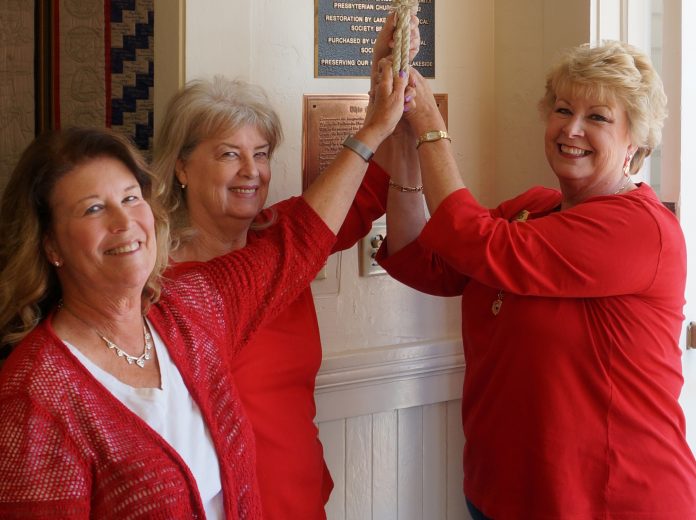 There are always a lot of things going on in Lakeside.

First and foremost, the recent Western Days Parade and Rodeo weekend is one of the community’s premiere annual events.

There are always a lot of things going on in Lakeside.

First and foremost, the recent Western Days Parade and Rodeo weekend is one of the community’s premiere annual events.

The Lakeside Chamber of Commerce hosted the Saturday morning parade on April 28, which honors local history and supports the Lakeside Rodeo. The El Capitan Stadium Association sponsors the three-day rodeo event. While organized rodeos have been held in Lakeside since the first one in July 1920, the current edition marked its 54 year. The money raised goes directly to the Lakeside’s youth community.

But did you know that Western Days began as a way to raise money for the local war memorial building?

Back in July 1947, the first “Days of ’49” was held in town, harkening to the days of the 1849 California gold rush. The original three-day event included a parade, a beauty contest, a barbeque, and plenty of horsemanship displays and other old fashioned fun. Interestingly, the rodeo was rained out in October 1947 and went dormant for five years. The Days of ’49 filled the void until 1954, when the rodeo started up again. Eventually the two events merged in the mid-1960’s and evolved into our current Western Days celebration.

On April 25, 2018, the venerable Woman’s Club of Lakeside honored the 100th anniversary of a nationwide tradition that they began right here in our little town.

It was on April 25, 1918, in the midst of World War I (then known as “the Great War” – the war to end all wars), when 500 women representing Women’s Clubs across San Diego County gathered at what was then the First Presbyterian Church of Lakeside.

At noon, the church bell rang out seven times – one chime for each letter in the word VICTORY. A silent prayer followed, blessing our troops and asking for a quick end to the war. The action was repeated the next day, and then the next – it became a daily duty. Word of the Victory Bell soon spread across our nation and other churches began to ring their own bells in unified support and prayer. This, in a time before television, cell phones and social media, was quite a remarkable occurrence. The ringing of the Victory Bell continued until the war finally ended.

Interestingly, the honor of ringing that first Victory Bell went to Eleanor B. Parkes. She and Ellen Scripps formed the La Jolla Art Association in 1918 and served as its president for the first 30 years.

Lisa Sharp, current Woman’s Club President in Lakeside, felt the anniversary was important to commemorate. “I think it’s a day that should be remembered,” she said at the anniversary celebration. A group of about 30 women (and a few men) gathered at the Olde Community Church, the very site of the very first ringing of the Victory Bell, to honor and reenact the beginning of what became a national tradition.

Does it surprise Sharp that this event had its origins in Lakeside?

“Not in the least,” she said, “Our (organization’s) history is amazing. The Woman’s Club here did a lot during World War I, including serving as Red Cross volunteers. Our women would just convert to whatever needed to be done for the community at the time.”

One hundred and eight years after they were founded, the organization is as active and vibrant as ever.

Among their recent accomplishments: the group created a domestic violence kit for displaced women, filled with personal items, which are now in every Sheriff’s patrol car in the area. For children, they entered into a partnership with local schools to address abuse and neglect. They have even helped out the dogs of “Love on a Leash,” a support group that uses canine companions to help people from kids to seniors. The Woman’s Club created lap quilts for the group to use in their visits.

The Lakeside Woman’s Club was established in 1910 and has operated continually since then. It is the longest running service organization in Lakeside. For more information, go to their website at www.womanscluboflakeside.org or call them at (619)403-3875.

Heads up for anyone traveling Winter Gardens Boulevard, as the newest traffic signals are up and running. The lights now control the intersection at Winter Gardens Drive and should provide some relief and added safety for residents and commuters alike. It has always been dicey trying to gain access to the boulevard from that location, a situation that worsens as parents drop and pick-up their kids at Winter Gardens Elementary School, which is located a few blocks from the intersection. The new control was approved several years ago and started operation on April 26.

It looks like the old Lakeside Bait and Tackle Shop, which closed last year after 20-plus years in business here, will be replaced soon by “Angler’s Arsenal.”

Coffee with the Senator

The Lakeside Garden Club’s Spring Plant Sale will be held on Saturday, May 12 at the Olde Community Church, 9906 Maine Avenue.

Dust off the Bicycles

Bring your kids and their bikes to a Bicycle Ride and Safety Talk at Lindo Lake Park on May 16, from 6 to 8:00 p.m. This free program is open to all ages and will be presented by law enforcement and center staff. Traffic in the park will be restricted for the evening to allow bicyclists full access.

The next One Street at a Time Lakeside cleanup is scheduled for Saturday, May 19, from 8:00 to 10:00 a.m. Meet in the Auto Zone parking lot on Woodside Avenue

The 8th annual Lakeside Chess Tournament is scheduled for the weekend of May 19 and 20. Contact the Lakeside Library for more information at (619)443-1811. It is another free event!

Learn about our native peoples at Lakeside’s River Park Conservancy on May 23. “Kumeyaay History in San Diego” will be presented at 6:00 p.m. The presentation is free, but the Park would like you to register online at www.lakesideriverpark.org.

Supervisor Dianne Jacob is hosting one of her regular “Coffee with Constituents” on Friday, May 25, from 8:30 to 10:30 a.m., at the Willowbrook Golf Course Events Room. 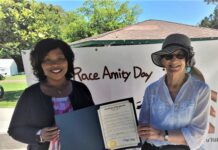 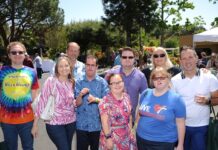 Habitat for Humanity Building for the Brave needs qualified veterans with...

Lakeside resident to be on ‘Price is Right’